Find a treasure for holiday giving. Get your bids... (MORE)

The TAUNY Fundraiser Auction is LIVE!

The TAUNY Fundraiser auction is live now until... (MORE)

A Message from Our Executive Director

Registration is now open for North Country Folk Orchestra, Traditional Folk and Step Dancing for Kids and Families and Groove Time with Gretchen"

Local Foods Weekend is a 3-day celebration of the... (MORE)

TAUNY has been selected by the New York State... (MORE)

We have an upcoming event this Saturday at The... (MORE)

TAUNY invites the community to the opening reception for its next exhibition From Jamaica to Peru on Saturday, April 13 from 2:00-4:00 pm at The TAUNY Center in Canton. The opening reception will include Q&A with the curator and photographer, Ben Stechschulte, and light refreshments will be served. Visitors can see the exhibition in TAUNYs main gallery and participate in related programs from April 13-October 26, 2019.

In this photography-based exhibition, guest curator and photographer Ben Stechschulte explores the inextricable fortunes of TAUNY North Country Heritage Award recipient Forrence Orchards (Peru, NY), in the northern Adirondacks, and the generations of Jamaican men who travel thousands of miles to work there each year. The project, based on Bens extensive fieldwork and documentation over the course of a recent production season, was originally published as an Adirondack Life Magazine feature in October 2017. The TAUNY Center exhibition offers an expanded presentation of photos along with a new short film by the photographer, based on his fieldwork, and selected objects reflecting the work and daily experience of the Forrence Orchards apple pickers.

TAUNY is pleased to present From Jamaica to Peru as part of this years celebration of the 25th anniversary of the North Country Heritage Awards. Forrence Orchards received a TAUNY North Country Heritage Award in 2009 in recognition of the multi-generational ownership and operation of the orchard, which is itself an example of an important regional agricultural tradition. This exhibit offers a unique, in-depth look at the essential role the Jamaican apple pickers play in sustaining the orchard, and through that focus it offers insight on one of the main topics TAUNY is exploring through the 25th anniversary celebrations: the ever-dynamic balance of change and continuity in the ways deeply-rooted North Country traditions are carrying on.

Ben Stechschulte is a portrait, editorial, and documentary photographer and filmmaker based in the Adirondacks and New York City.

TAUNY presents this exhibition in partnership with Adirondack Life Magazine. This project is supported by an award from the National Endowment for the Arts. Funding was also provided by the New York State Council on the Arts with the support of Governor Andrew M. Cuomo and the New York State Legislature. Special thanks to Forrence Orchards for their participation in this project. 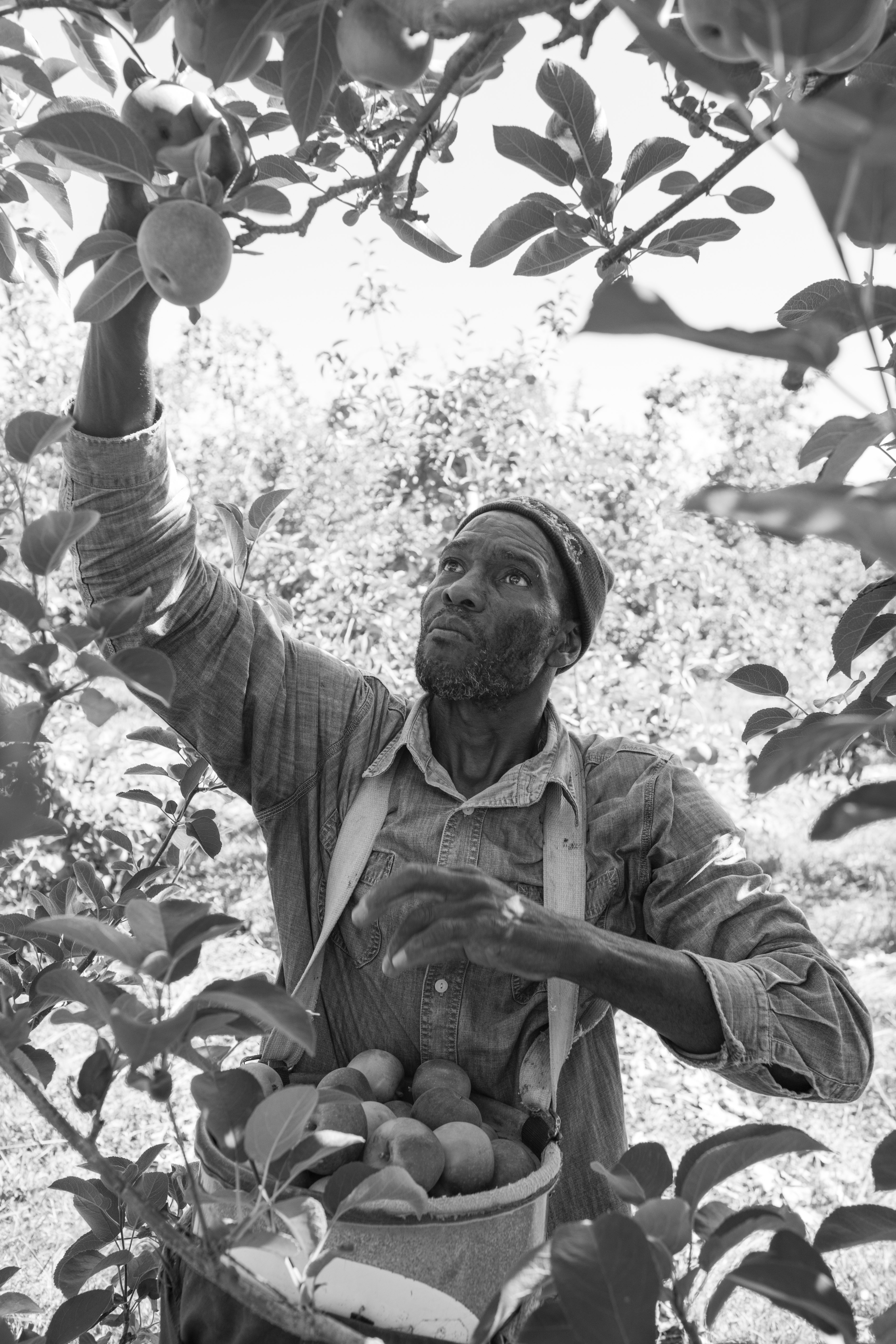