Using new research and materials from the archives, TAUNY has produced a number of publications and recordings that interpret specific traditional arts and artists for the public, including: 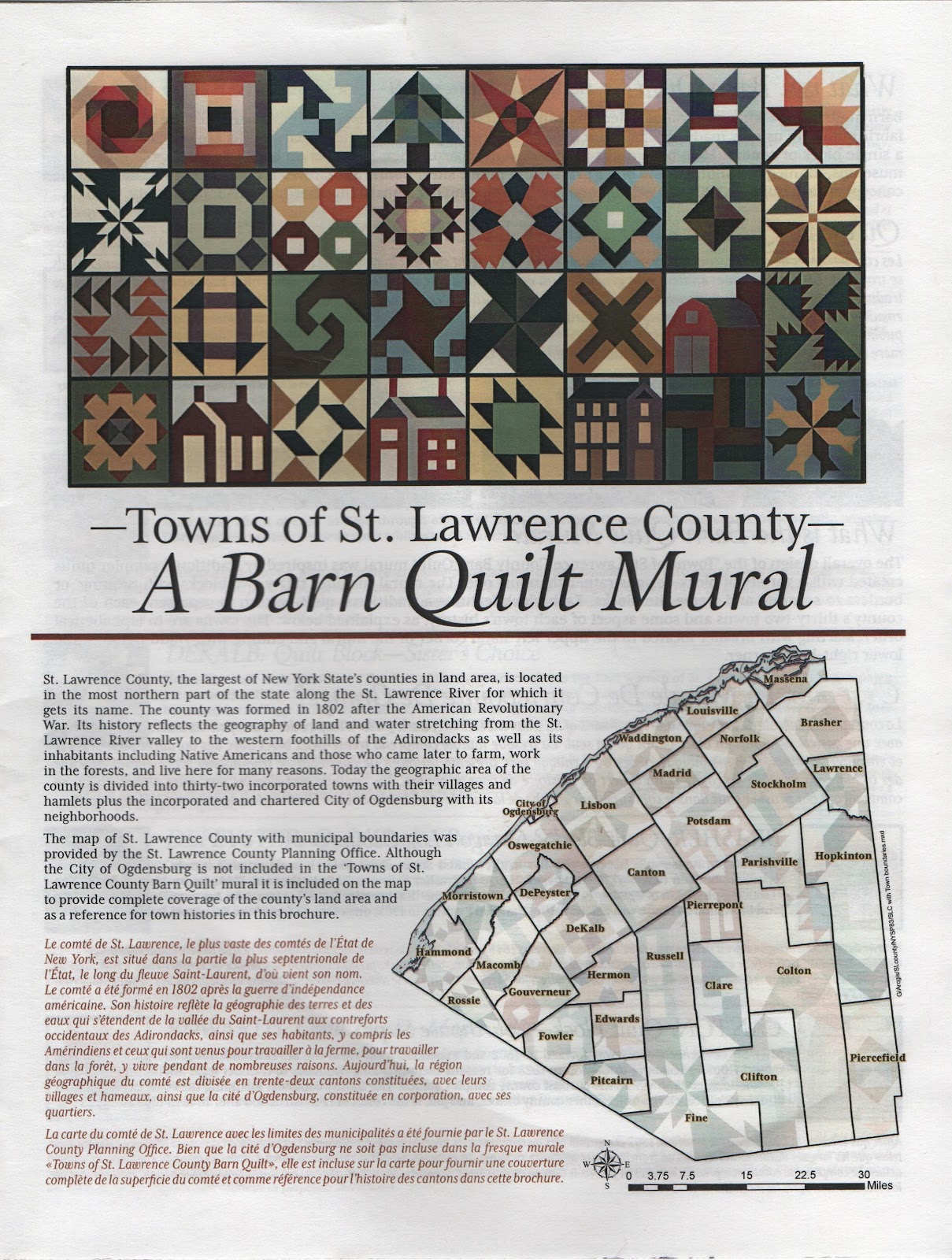 In 2019, a group of volunteers in St. Lawrence County designed and painted an 8 x 4 barn quilt mural in The TAUNY Centers studio, to celebrate the countys history. There is one block for each of the 32 towns in the county on the mural.  Working with local historians, project leader and designer Ruth McWilliams chose a traditional quilt pattern for each town, to represent something historically significant in that town. This interpretive guide explains the story behind each of the patterns on the barn quilt.  The barn quilt was displayed in TAUNYs 2020 exhibit St. Lawrence County Barn Quilts and is now in the permanent collection of the St. Lawrence County Historical Association. 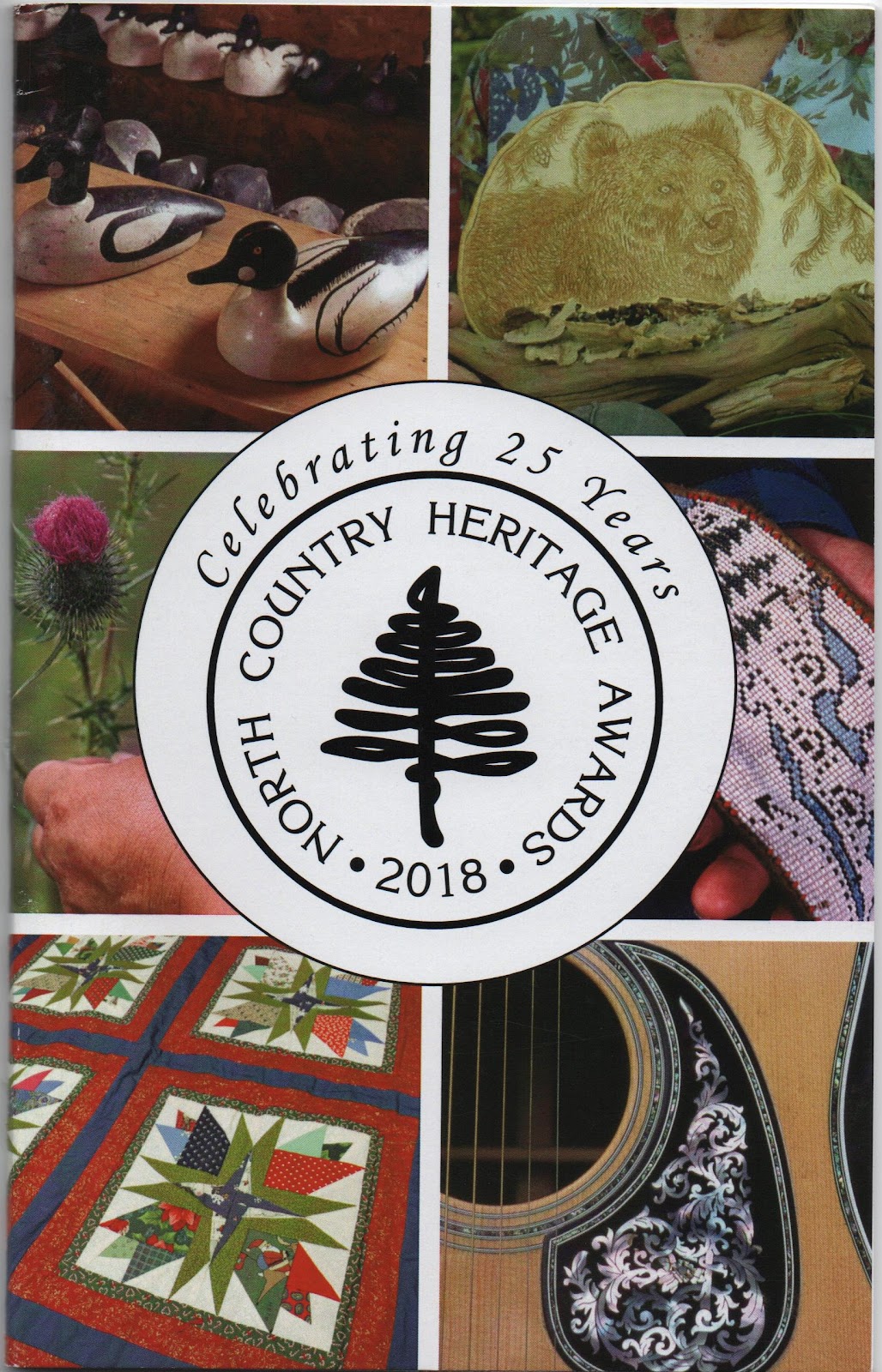 Since 1993, TAUNY's North Country Heritage Awards has honored the people and places of our region committed to conservation of local traditions and community spaces. On the 25th anniversary of this popular program, TAUNY published a reflection on the history of the program and a preview of its future. This publication includes essays about the program and photographs of all 129 recipients recognized 1993-2018. 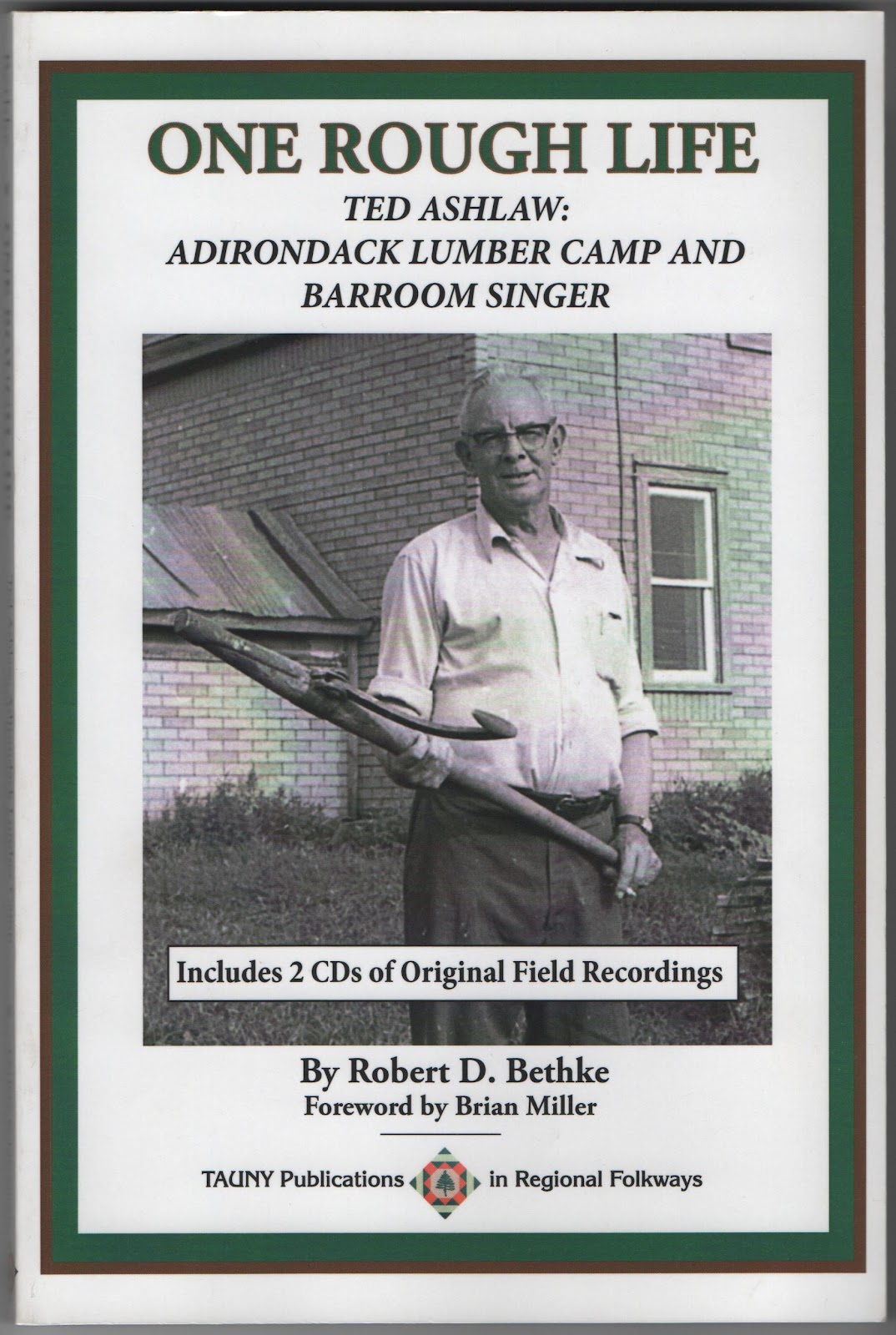 In the 1970s, folklorist and music scholar Robert Bethke spent summers getting to know the last of the traditional ballad singers in the Adirondacks, recording their performances for posterity.  Bethke first wrote about these singers in his well-received Adirondack Voices: Woods Men and Woods Lore, published in 1980. Thirty-eight years later, Bethke revisits the subject through an in-depth presentation of one of the best of the singers he recorded: Ted Ashlaw.  Part I of the book includes a biography of Ashlaw, and Bethkes recollections of the fieldwork experience.  Part II is a collection of 32 annotated songs from Ashlaws repertoire, some of which have not been recorded by any other singer in the United States.  The book comes with a 2-CD set of restored recordings from the 1970s. 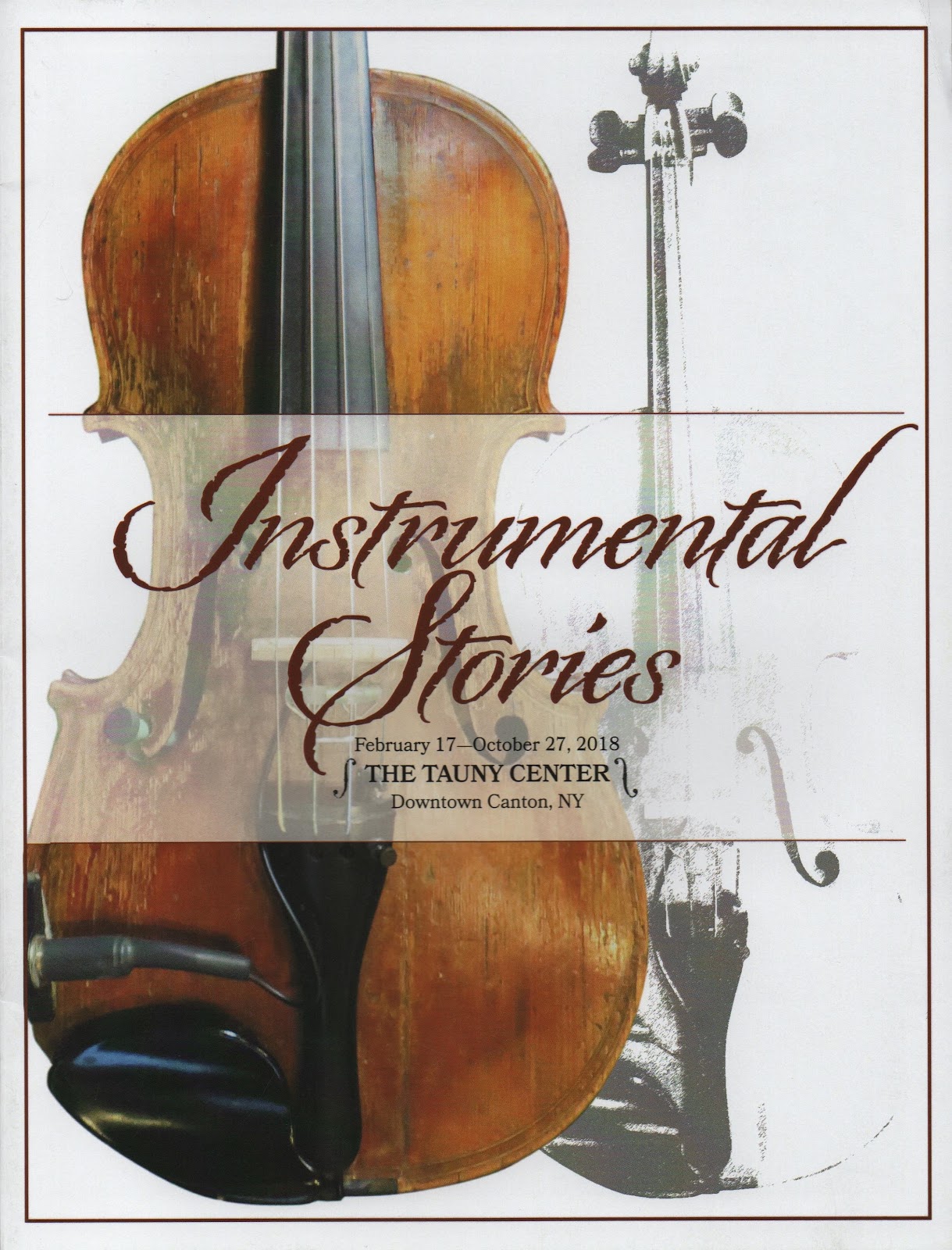 Published as a companion to TAUNYs 2018 exhibition of the same name, this booklet presents selections from TAUNYs research project about musical instruments and instrument makers in New Yorks North Country.  The research included speaking to people about instruments that have been collected and cherished over generations, families in which making music together is an important aspect of connecting, and builders who take great care in procuring the local materials for the instruments they make. 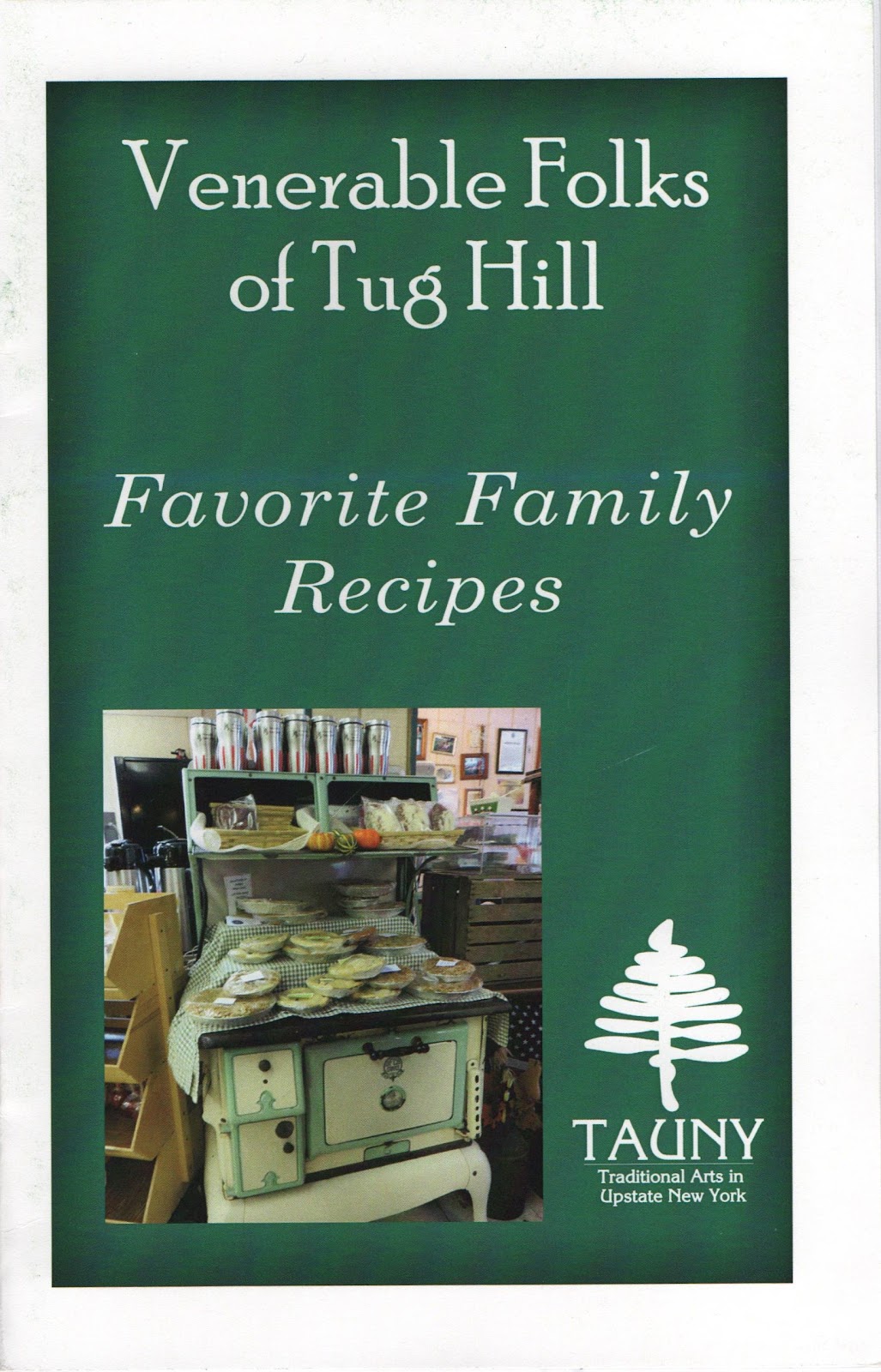 The 25 recipes in this publication were contributed by Tug Hill residents interviewed for the Venerable Folks of Tug Hill oral history project and exhibition, which were produced by Tug Hill Tomorrow Land Trust and the Tug Hill Commission in cooperation with Loretta Lepkowski and TAUNY over 2015-2016. Tug Hill is especially noted for record snowfalls, and a self-sufficient, resilient population. It is also home to rich and varied foodways, and the recipes included here give a taste of the family, community, and cultural traditions that make up the life of the region. 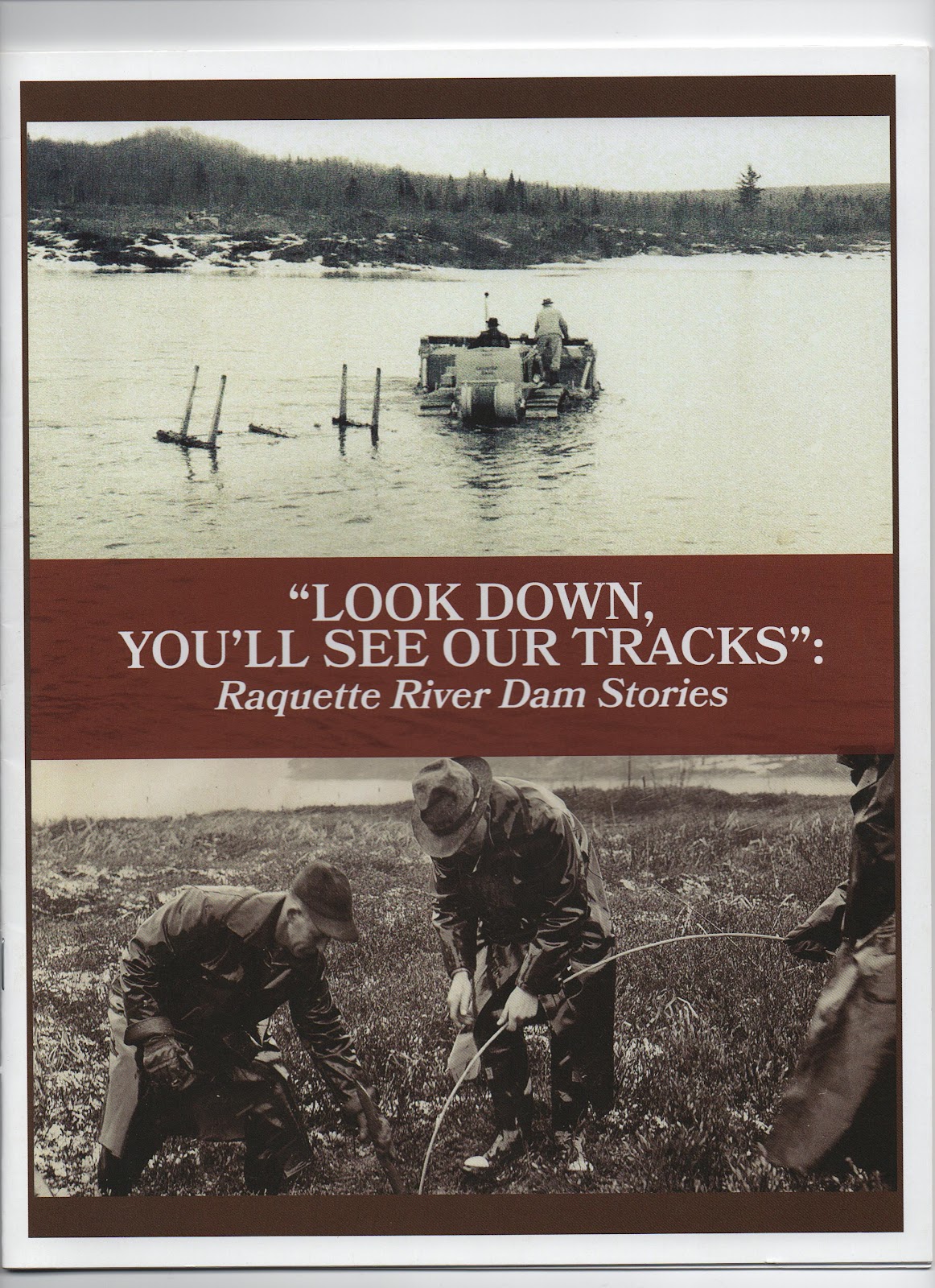 Over 2014-2016, TAUNY partnered with the Village of Potsdam, The Raquette River Blueway Corridor Group, and WPBS-TV to document the stories of people involved in or significantly affected by the dams and powerhouses built to harness hydroelectric power on the "Workhorse" River. The material collected led to a 2017 exhibition at The TAUNY Center, and this related publication.  This is a good introduction to an important aspect of North Country history and occupation folklore. 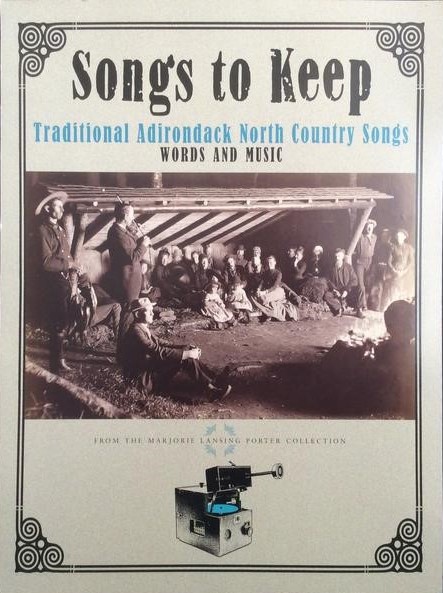 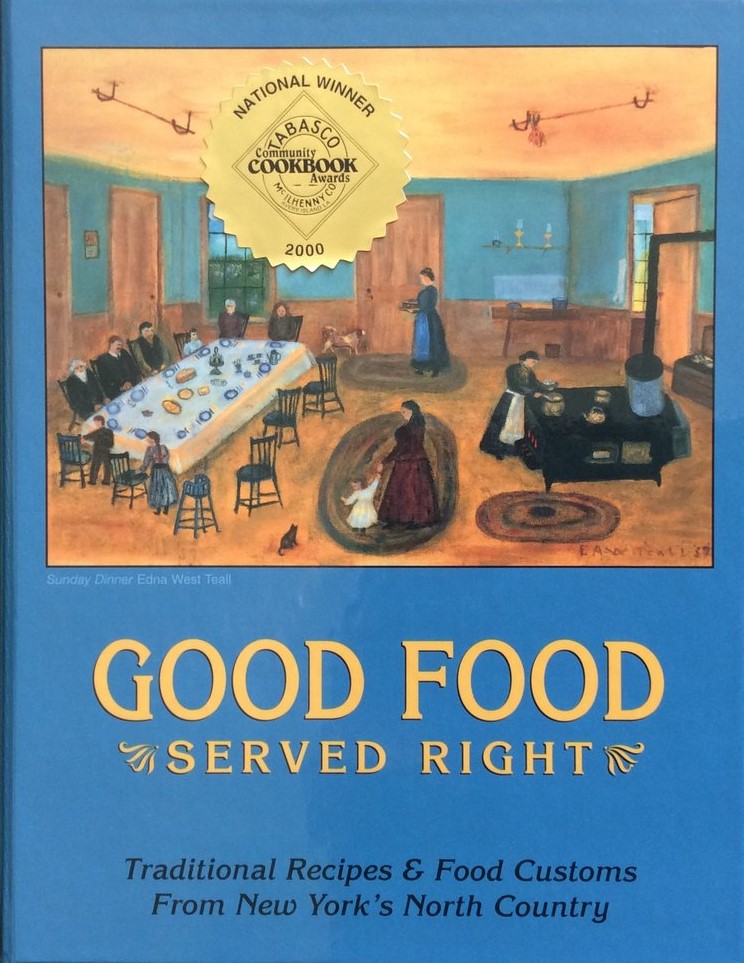 This 1st place winner of the Tabasco Community Cookbook Award features traditional recipes and essays about food customs in New Yorks North Country.  The book is divided into three sections: Natures Bounty (favorite North Country ingredients), Who We Are (ethnic groups living in the North Country) and Building Community (sharing meals at public events in the region.) Each chapter of recipes is preceded by an essay explaining the history and meaning of the dishes. The content of this book is evergreen, still the basis of food programs at TAUNY.

Legends of Our Time: Masters of North Country Traditional Life 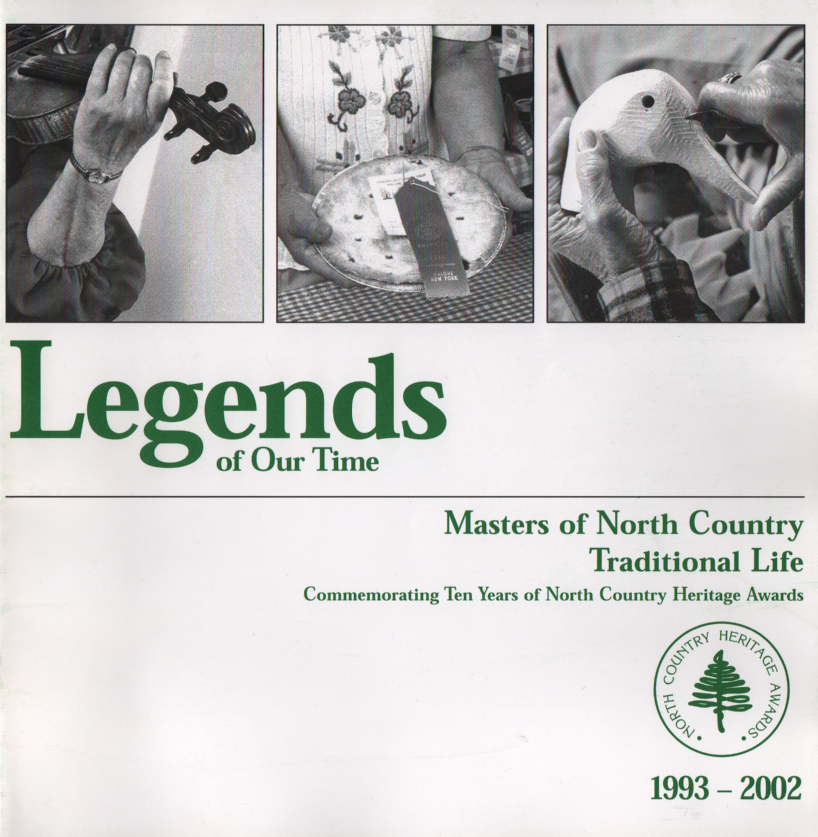 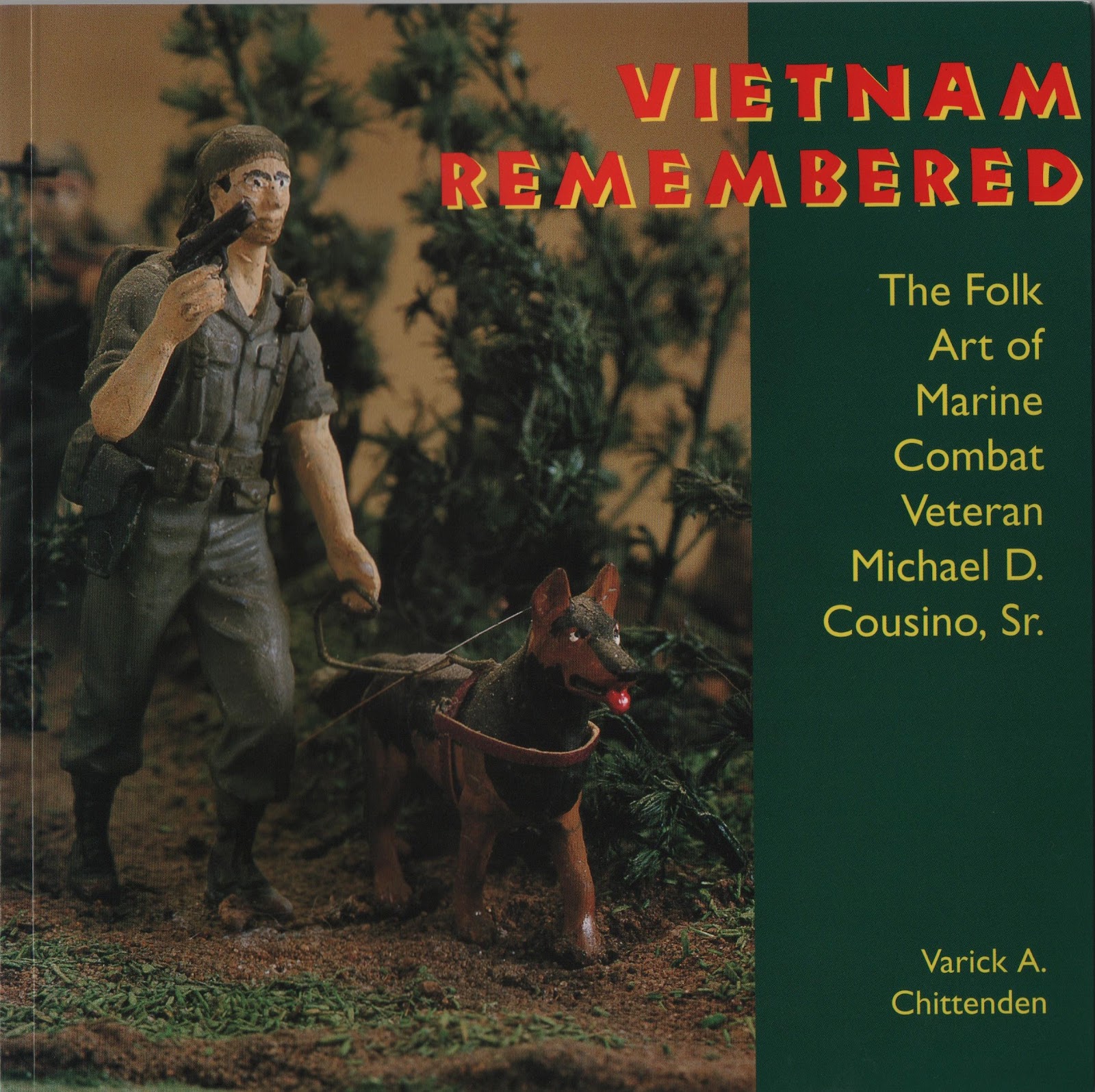 Veteran Michael D. Cousino struggled with PTSD following his service in the Vietnam War. To cope, he began making dioramas at a 1:35 scale, depicting his experiences in Vietnam.  In all he made more than 200. They are scenes of firefights, POW camps, torture pits, and ambushes. This book includes an introductory essay by TAUNY Founder Varick Chittenden, followed by 36 color plates of Cousinos dioramas. Published by University of Mississippi Press.

Whered You Get That Hat?--CD and audio cassette recordings of tall tales and poetry recitations by Adirondack storyteller Ham Ferry. (Sold)

Funnymen of the Adirondacks--CD of photographs, quotes, and selected audio recordings of North Country storytellers--in their own voices and words--taken from the TAUNY Archives. (Sold)

An Evening of Old-Time Adirondack Music--a CD of highlights of a concert held at the Edwards Opera House. (Sold)

Songs to Keep--CD and songbook based on TAUNY's ground-breaking project that showcases and raises awareness of the folk music of New Yorks Adirondack North Country. (Sold) 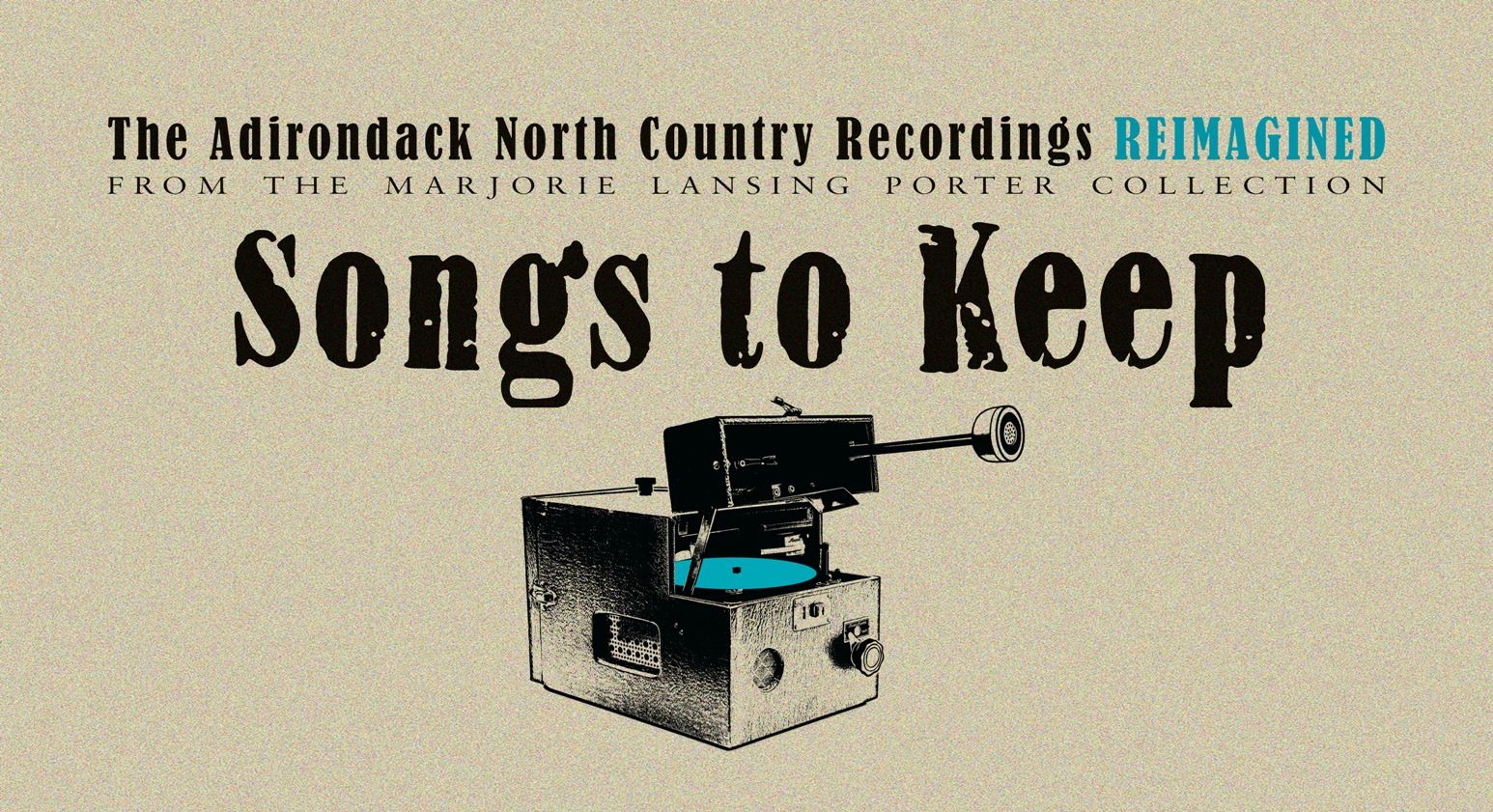 Home of our Hearts--Fraser Family and Friends--the first-ever CD on the TAUNY label features three generations of the Frasers of Harrisville, New York, singing Irish and Scottish favorites ranging from drinking songs to ballads. Purchase here. 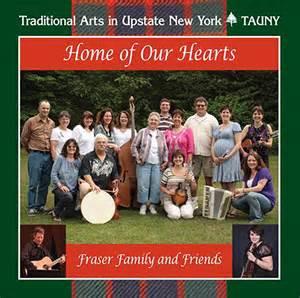