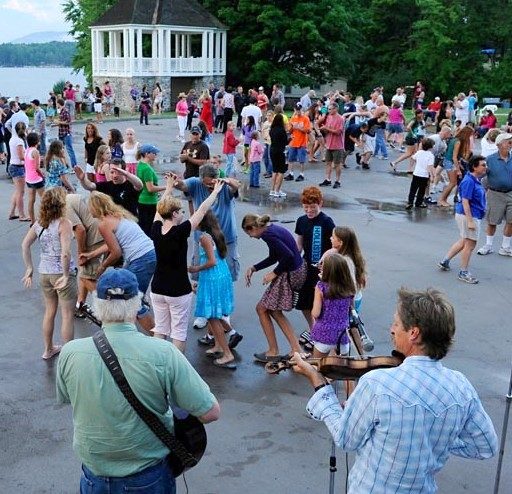 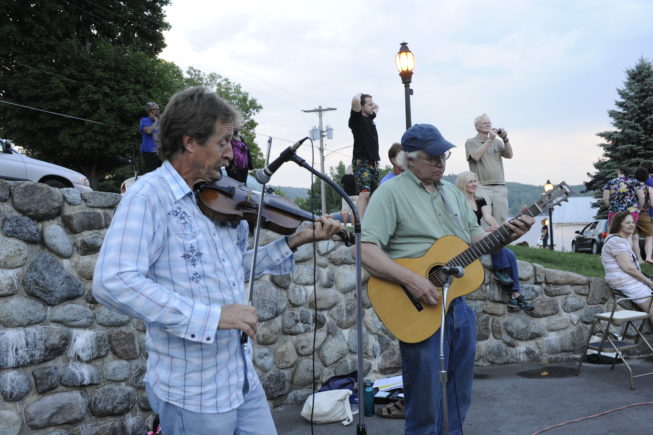 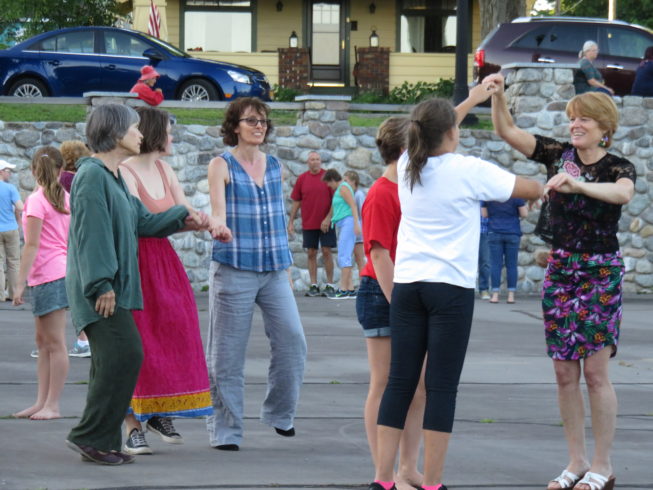 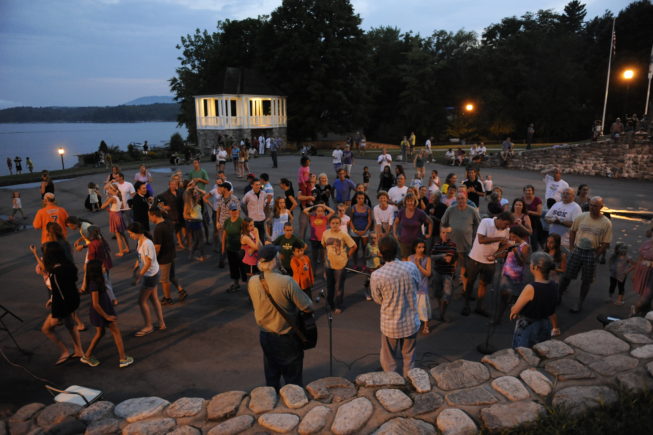 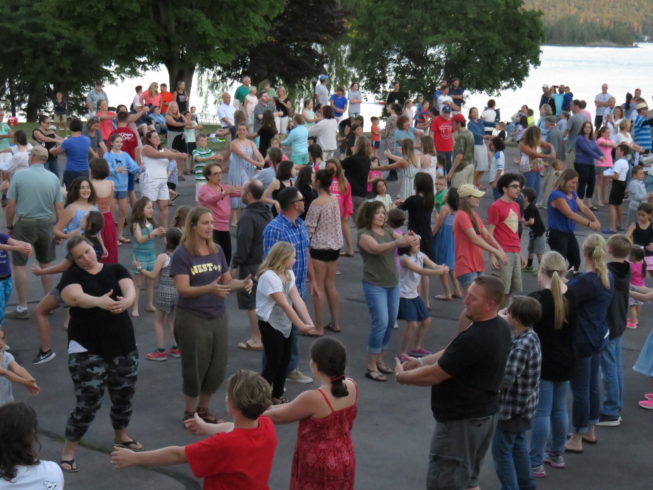 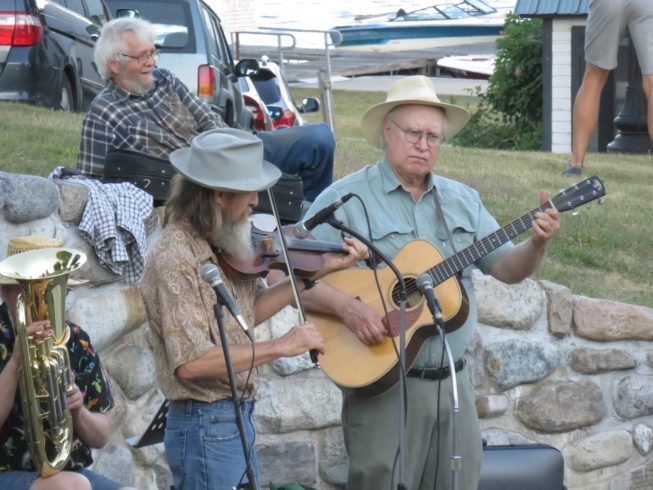 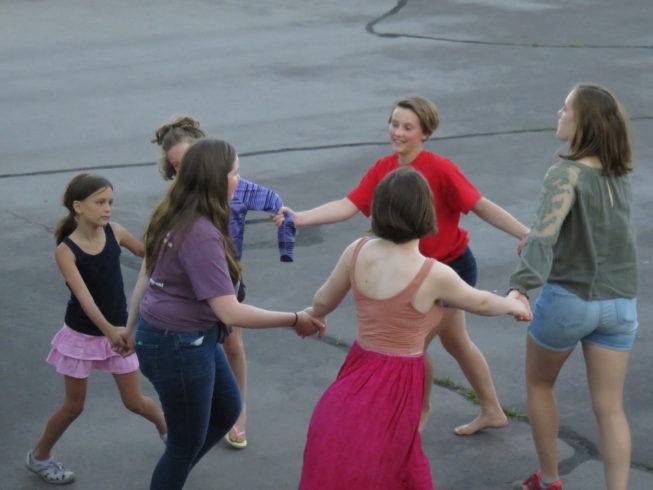 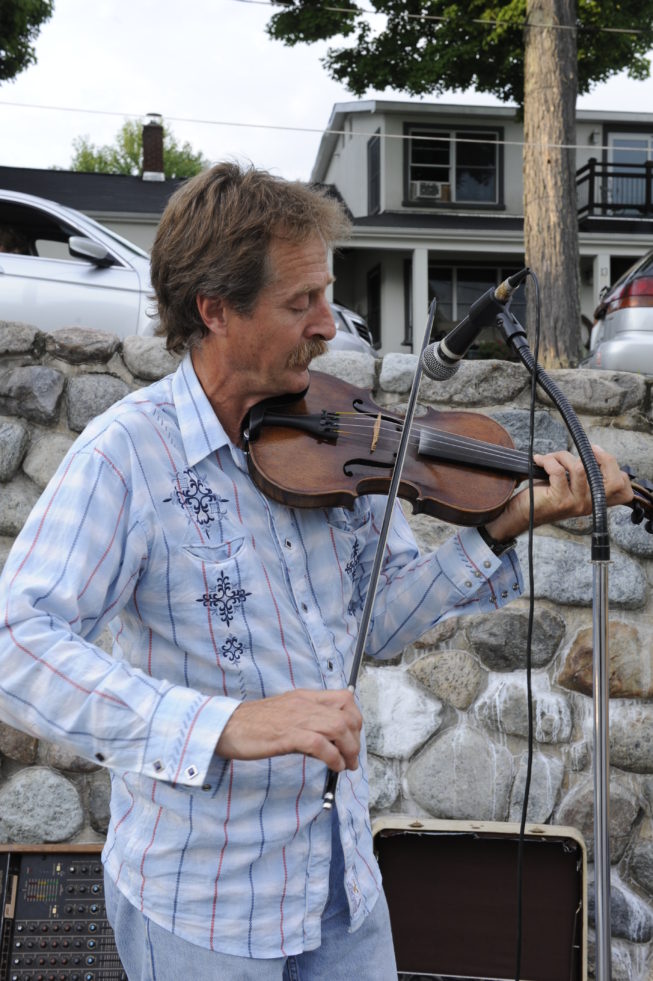 Since the 1930s, year-round residents and “summer people” have gathered every Wednesday evening in July and August in a lakeside park in Schroon Lake to “do-si-do” and “Allemande left” until dark. The local tradition continues today, even when such dancing has decreased in popularity elsewhere. As many as 200 people attend each week, with three, even four, generations taking part. While local fiddlers and other musicians were from the local area in earlier years, now the musicians and callers come from several places and vary from week to week, so the dances and tunes may vary as well. Each week, however, there are plenty of opportunities for children to learn the basics and for teenagers and young families to participate. There’s even one dance they call the Zodiac that’s such a local favorite that it’s a requirement each week and nearly everyone gets into the act.

This feature on the Schroon Lake Square Dance was produced in 2018 as part of a series of “Video Visits” in celebration of the 25th anniversary of TAUNY’s North Country Heritage Awards.

Click and listen to the audio clips below to learn more about the Schroon Lake Square Dances:

Ed talks about some of the first callers for the dances. He also describes the “Family Dance”.

Ed describes the wholesome and accepting community of Schroon Lake.

Ed tells the story of how he was able to convince his colleagues to attend the square dances.

A caller leads a dance at Schroon Lake.