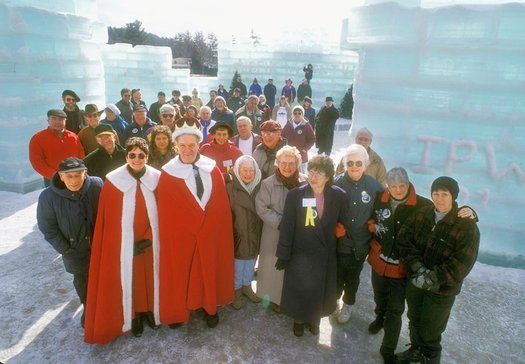 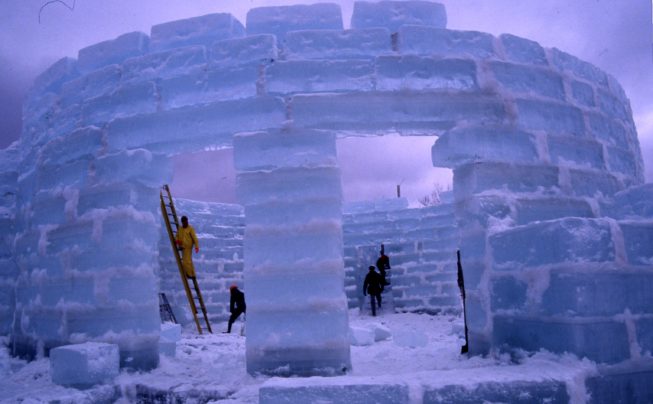 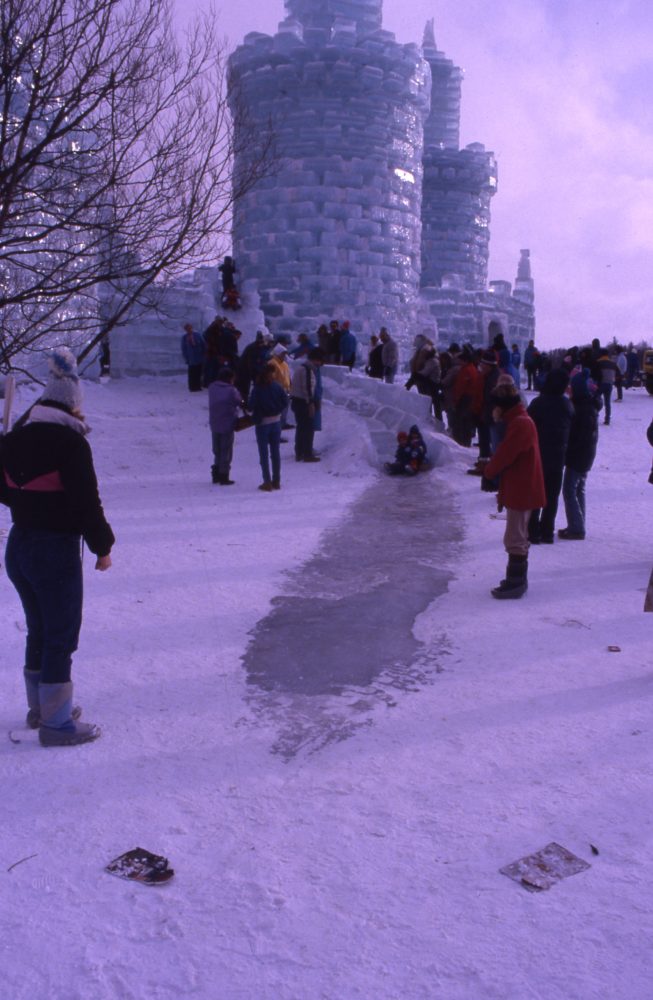 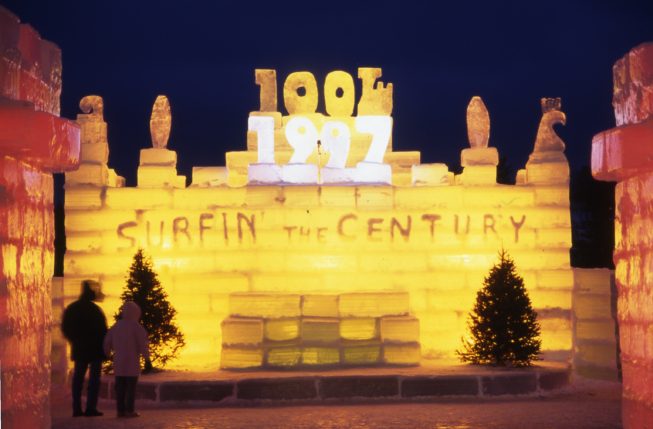 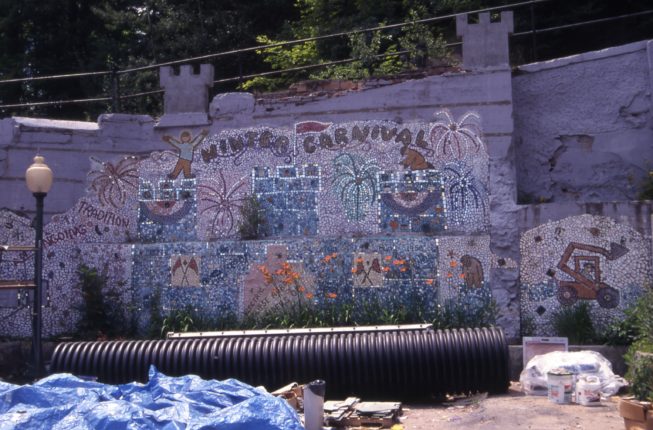 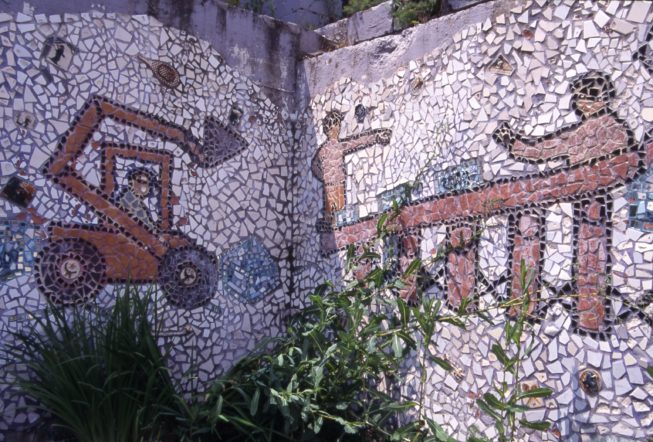 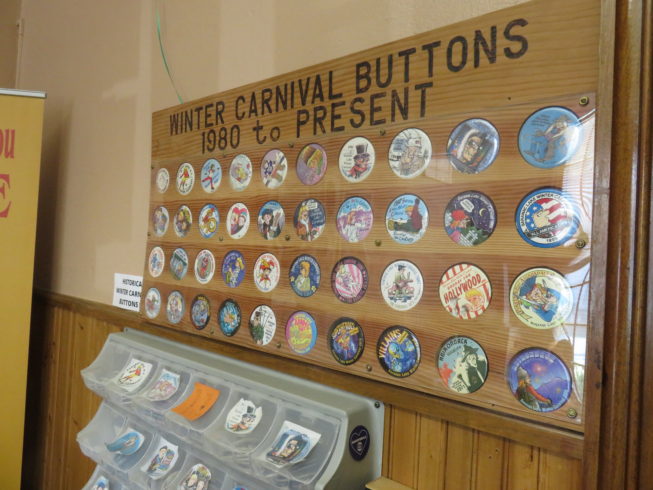 This profile is possible thanks to an underwriting gift from Guide Boat Realty.

In 1897, the citizens of Saranac Lake decided to create some entertainment for the growing number of tuberculosis patients who had come there for ‟the cure.”  Local organizers started out with two days of skating races, harness races on the ice, a parade, and a fancy costume ball. By 1898, with the aid of an architect there for his health, the carnival added an ‟ice fortress” to the event. Later the Ice Palace became an annual highlight. Early in the 20th century, it became increasingly elaborate, with towers and turrets, electric lights, and a grand finale, which included ‟storming the palace,” first with torches, later with fireworks. Today, scores of volunteers are involved in every aspect of the festival. By its recent centennial celebration, the carnival included races, snow sculptures, concerts, dinners, dances, the crowning of royalty, and a proud claim to be the oldest festival of its kind in the country.

Click here to listen to the TAUNY/NCPR “Meet the Masters” story about the Saranac Lake Winter Carnival.

In the video clip below, local volunteers at Saranac Lake give a tour of the ice palace at the annual carnival.

Click and listen to the audio clips below to learn more about the Saranac Lake Winter Carnival:

Aggie Pelletieri describes how the winter carnival has been a part of all her life in Saranac Lake.

Don Duso explains how the ice palace is built each year.