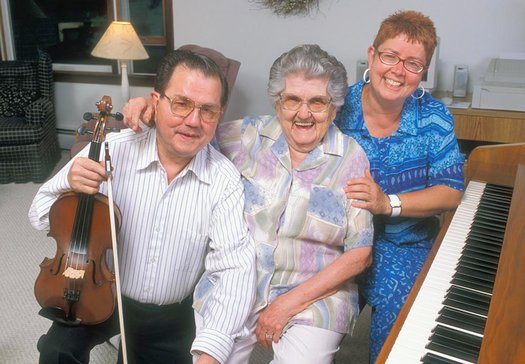 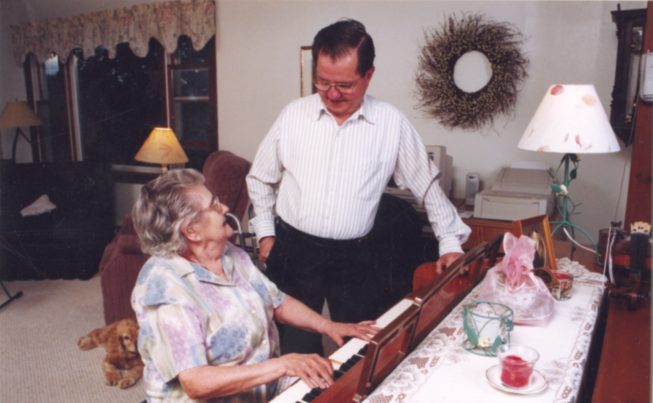 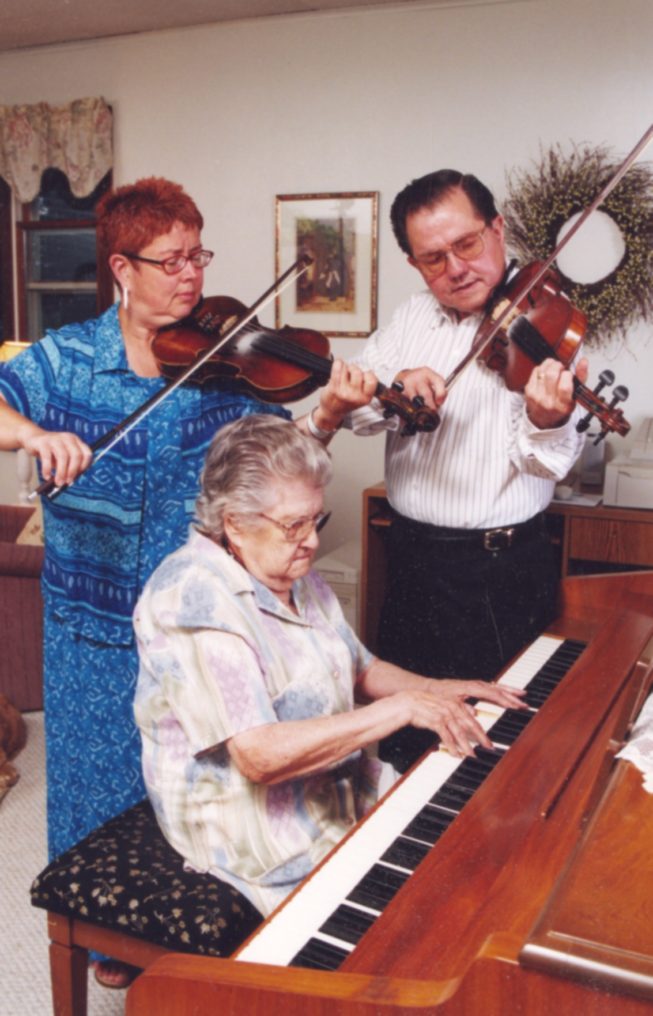 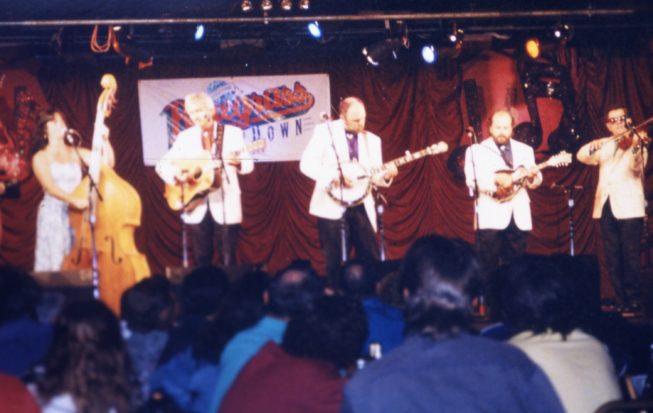 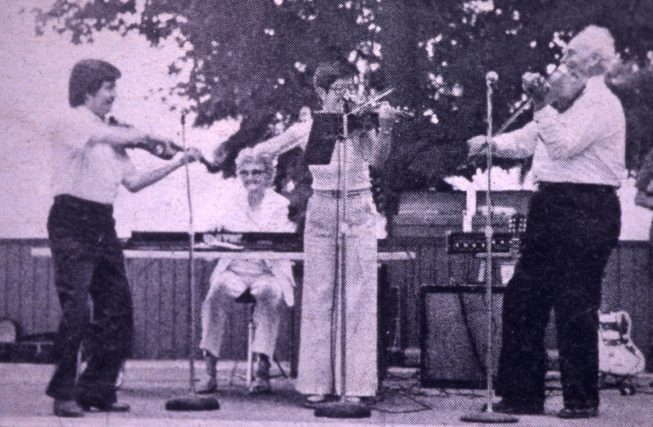 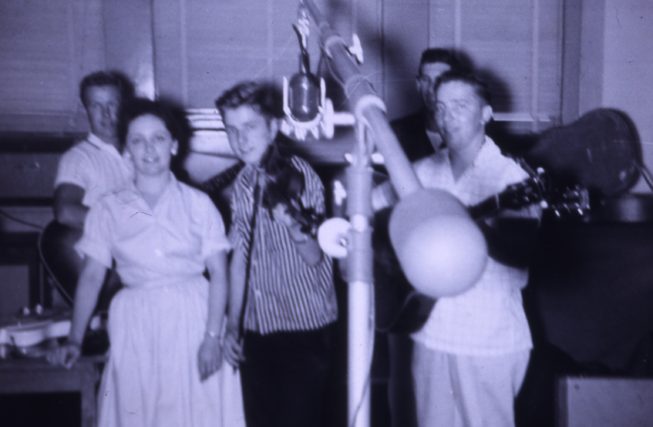 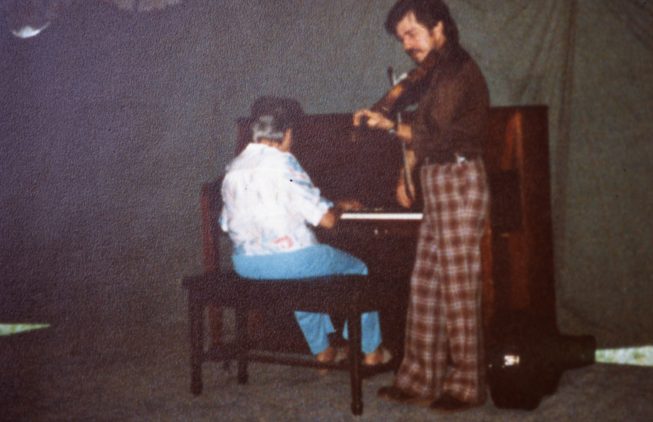 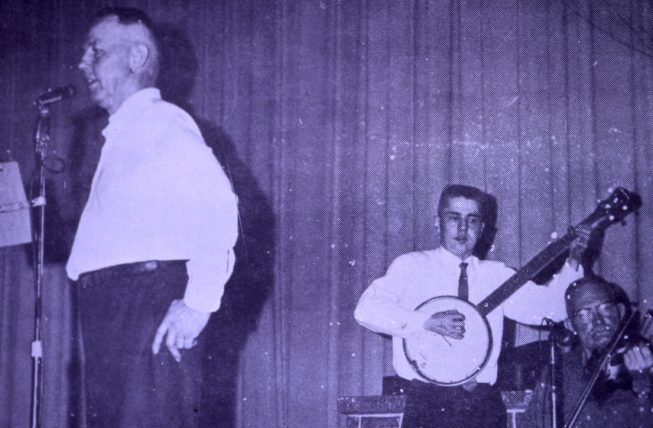 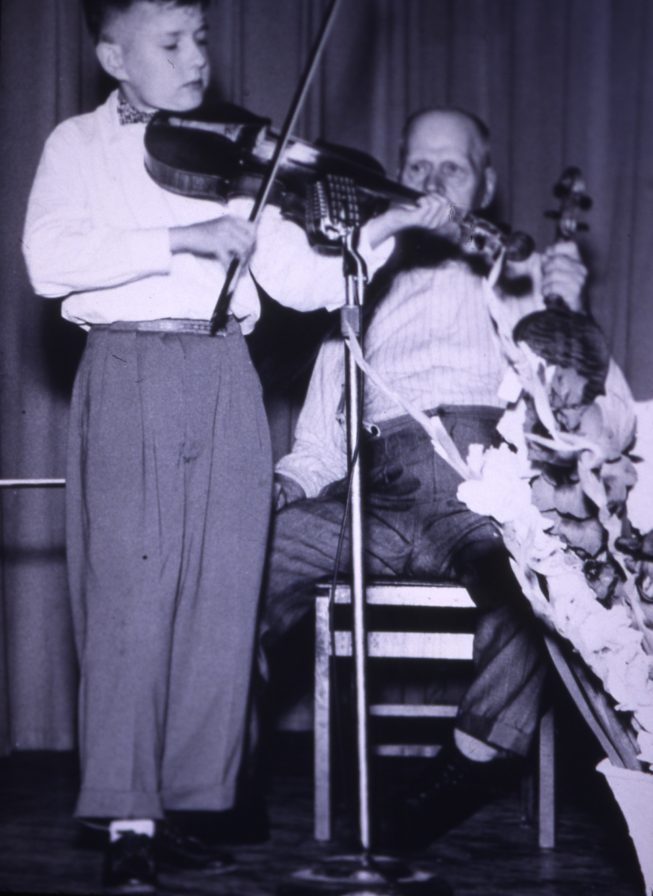 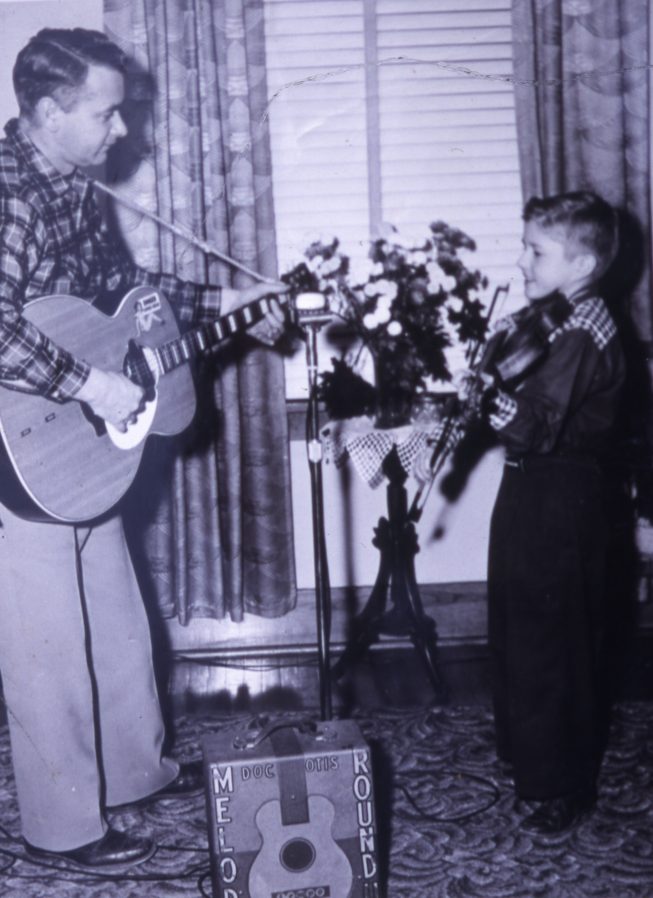 Imagine a 92-year-old woman step dancing on her living room carpet to the lively sounds of “St. Anne’s Reel,” while holding on to her walker! That is Lois Lawrence Perkins, and the music is provided by her talented son Don on fiddle and his sister Phyllis Ezero. At the time of receiving this award in 2002, these three had been key players in their family’s popular dance band in the Champlain Valley for many years. Inspired by fiddler grandfathers and grandmothers on both sides, Don learned to play as a child when asthma kept him at home from school. He also spent a lot of time learning tunes from the radio or records. While Phyllis sometimes plays fiddle, she also accompanies on the piano and, like her French Canadian father Francis, step dances and calls for square dancing. In recent years, their repertoire has turned more to bluegrass, by popular demand. But their performances, at a family party or on a festival stage, still evoke the rhythms and sounds of their French ancestors.

Click here to listen to a TAUNY/North Country Public Radio “Meet the Masters” story about the Perkins.