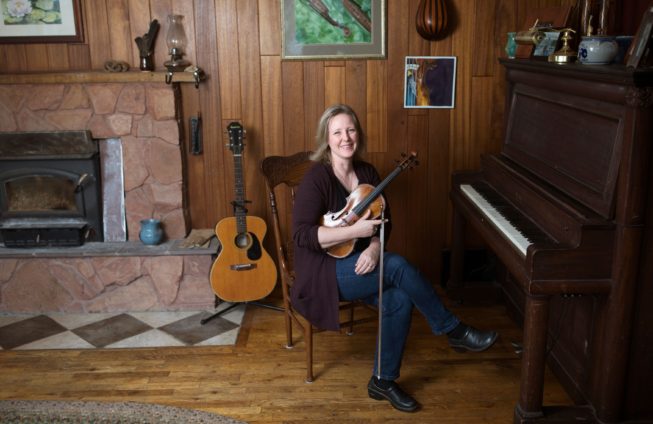 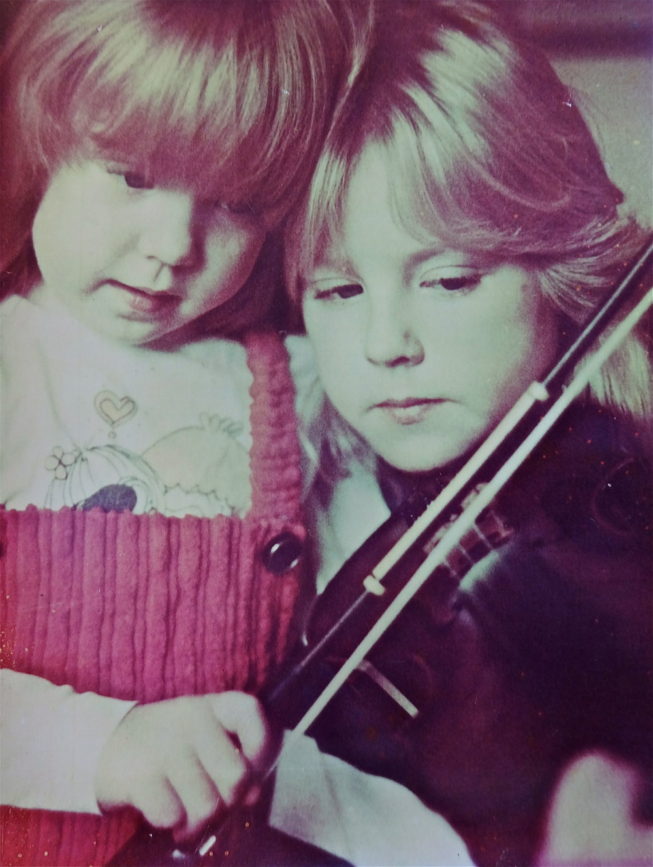 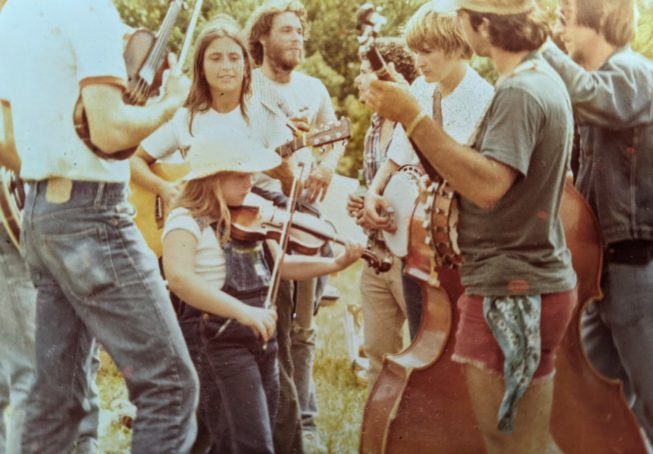 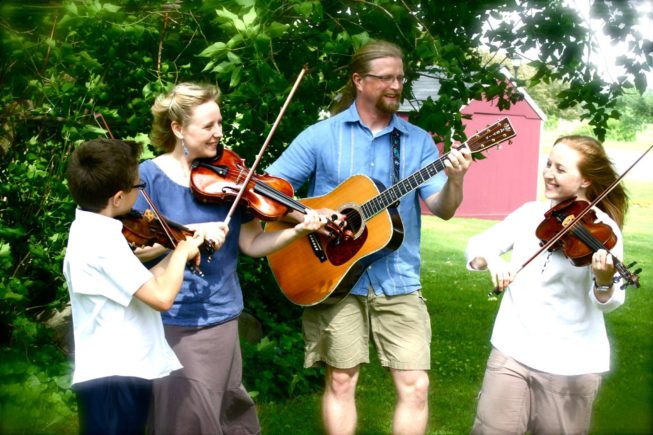 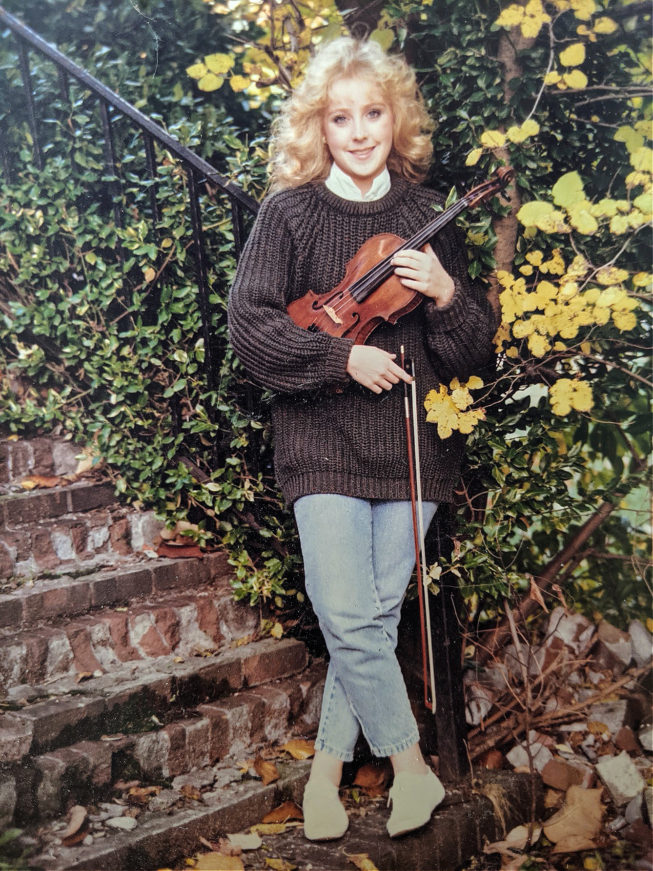 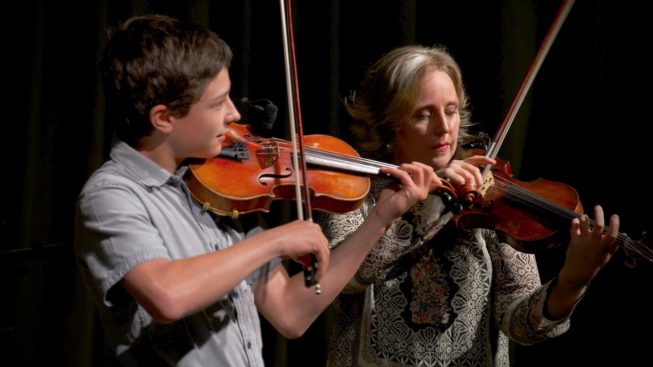 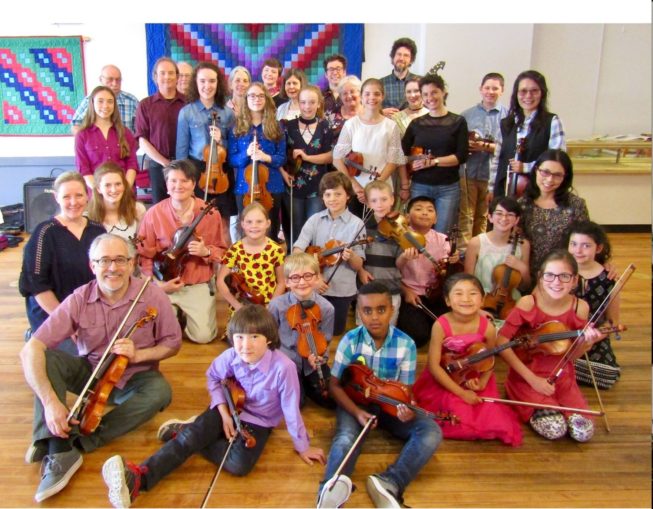 Fiddling since the age of 5, Gretchen Koehler grew up steeped in the rich sounds of Old-Time, New England Contra, Quebecois, Ottawa Valley, Appalachian, Bluegrass, Cape Breton, Irish, and Scottish fiddling. She is known throughout the Northeastern US for her impeccable contest fiddling, and TIME Magazine wrote that 10-year-old “Gretchen Koehler gave a driving, foot stomping performance” for an audience of 25,000 that was “astonishingly good.” Gretchen grew up fiddling with her sister Rebecca Koehler and is passing the tradition on to her son Sylvain Foisy, a fiddler and Ottawa Valley style step dancer. She and her husband Joel Foisy, also one of her fiddle students, enjoy regular music sessions in their home in Potsdam, NY. She moved to the North Country in 1996, near Winthrop, NY, where her husband was raised, and reconnected with the closely-connected musical community of Northern NY that she often met at the fiddle festivals around New England. She is a sought after performer, has produced multiple albums, and was inducted into the North American Fiddlers’ Hall of Fame as a New York State representative in 2012. A devoted educator as well, Gretchen has worked with hundreds of students in the US, Canada, and Mexico since 1984, and established Koehler’s School of Traditional Fiddling in Potsdam, NY in 1996. She continues to be essential to sustaining North Country old-time fiddle traditions by carrying on the music and bringing many others throughout the community and region into enjoying hearing and playing it.

Gretchen Koehler and Daniel Kelly play “Bonaparte’s Retreat” for their 2020 “LIVE” album, as part of an October 2020 Artist Residency with “Hill & Hollow Music” that gave musicians an alternative way to connect with audiences during the COVID-19 pandemic.