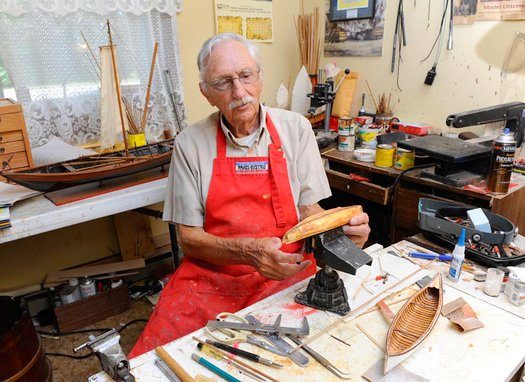 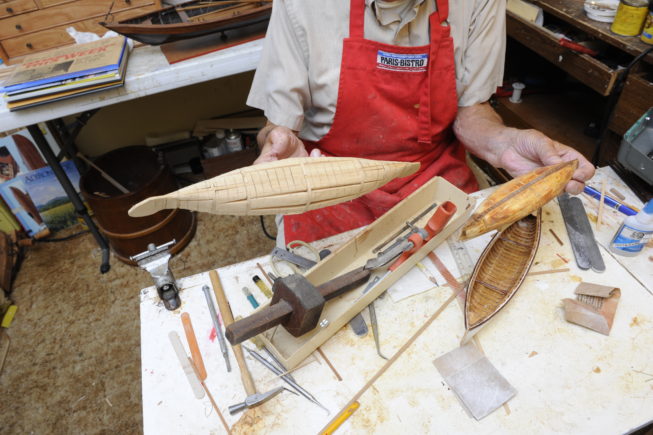 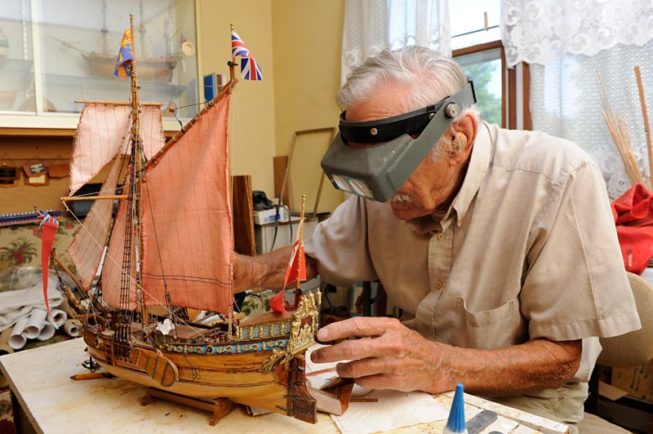 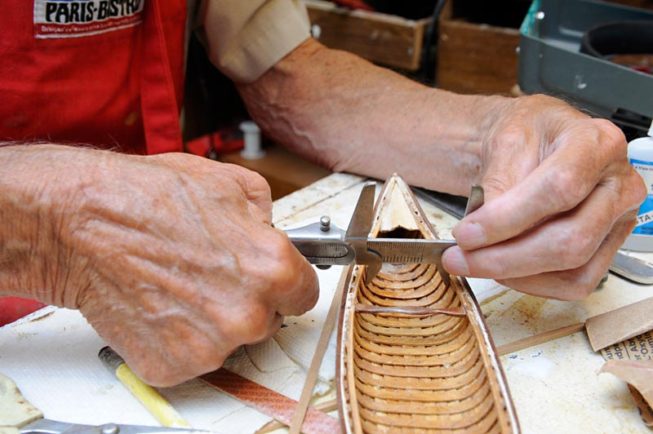 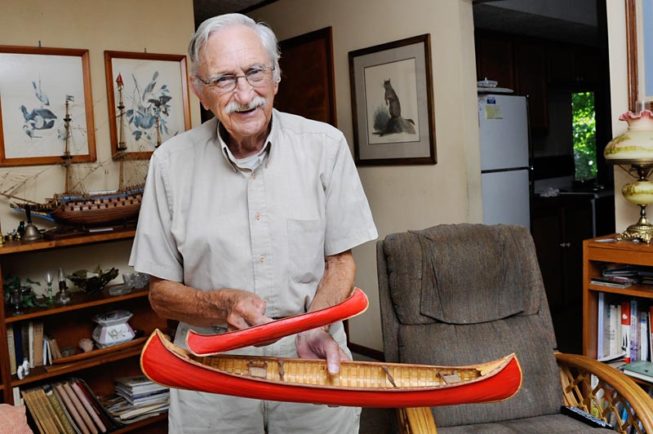 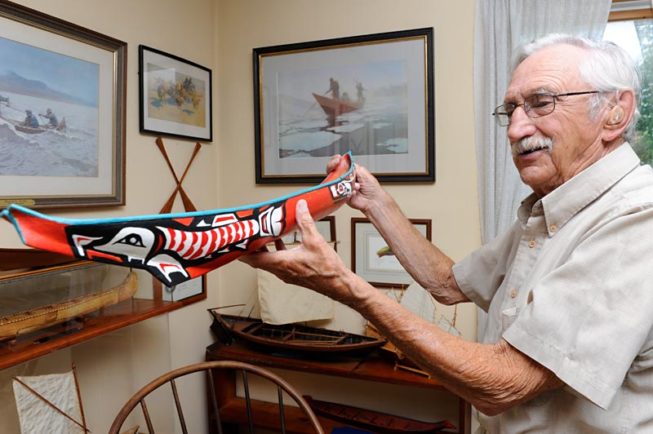 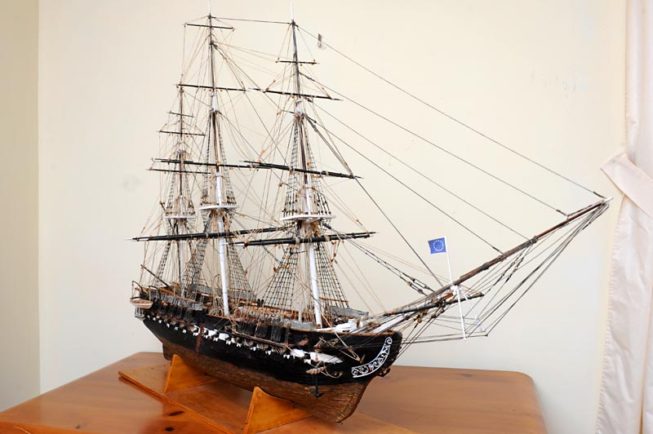 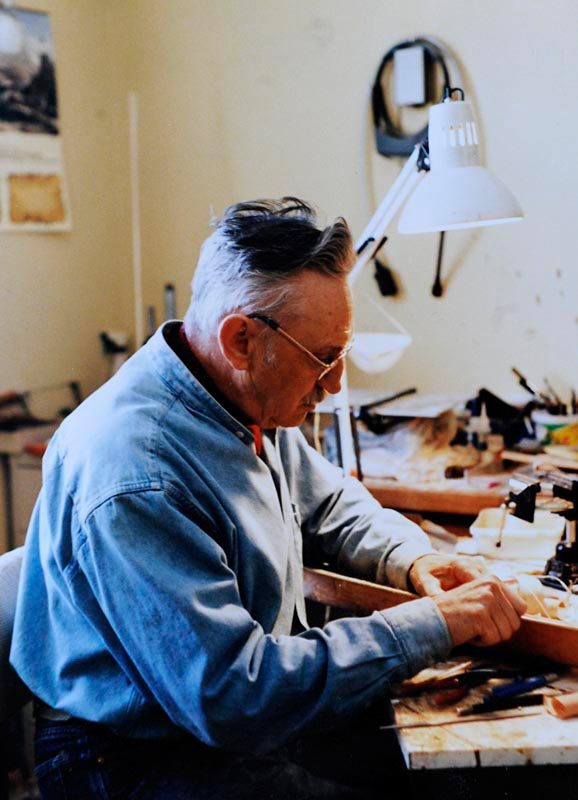 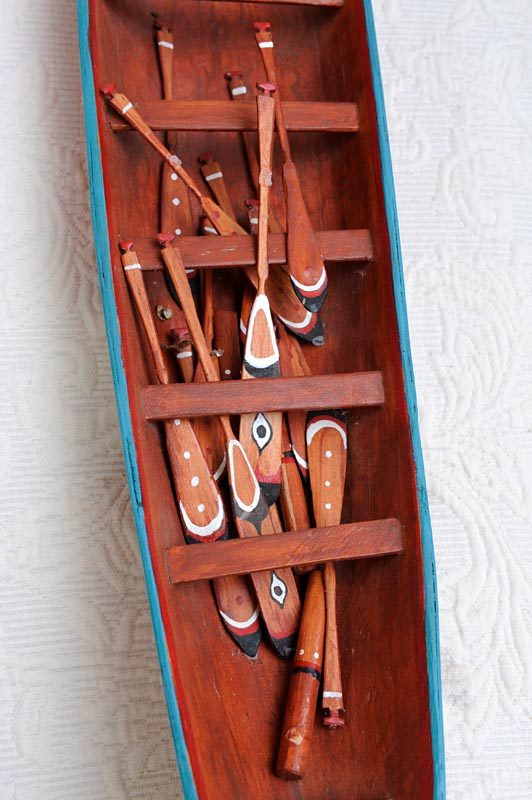 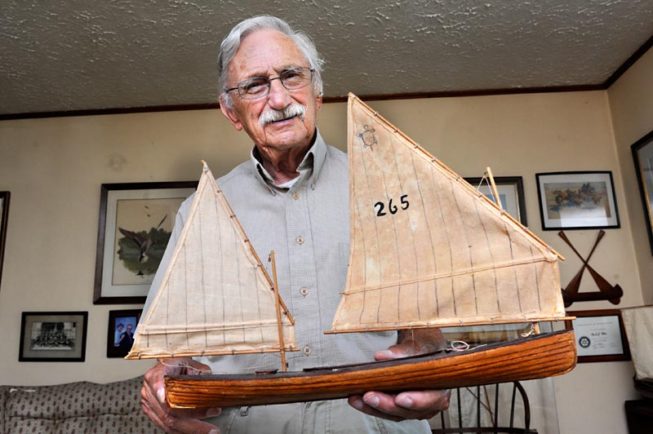 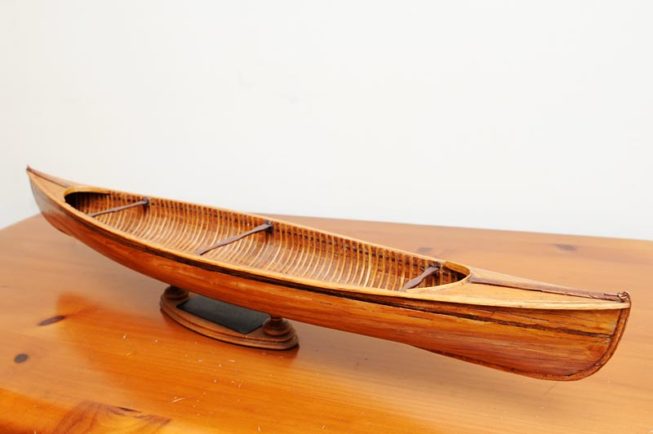 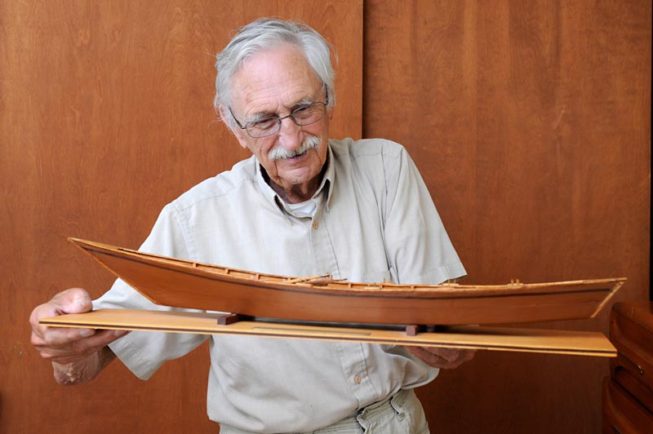 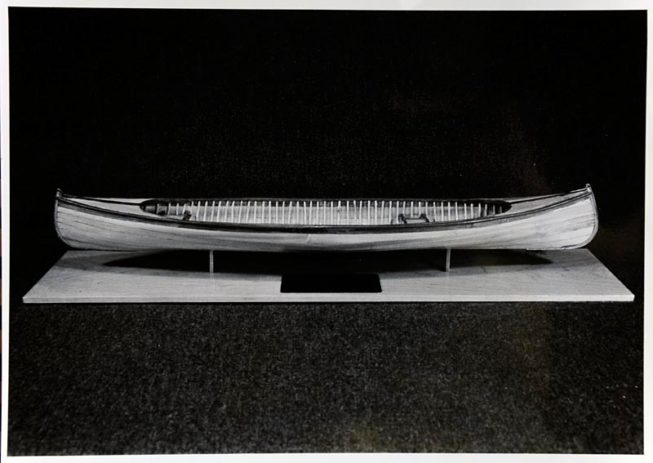 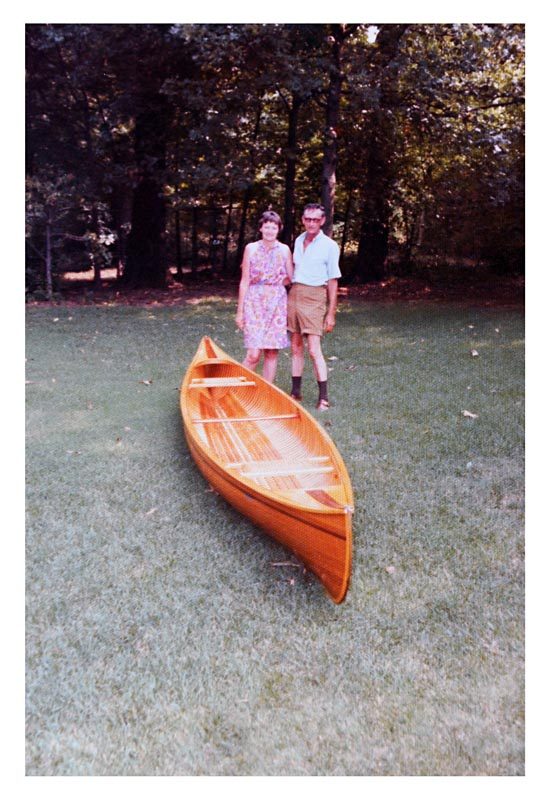 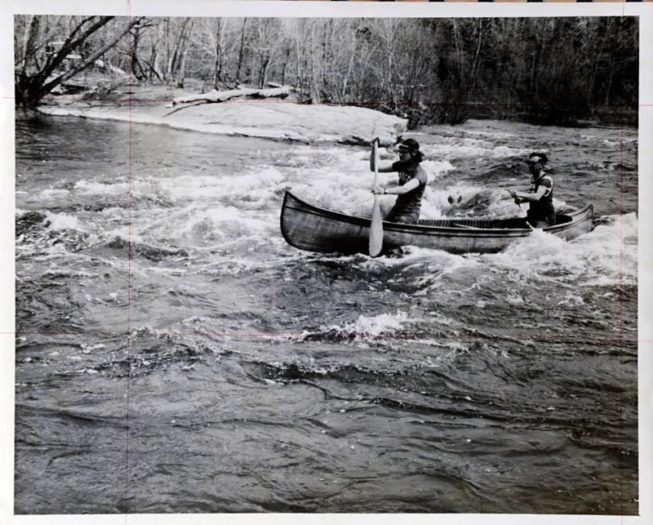 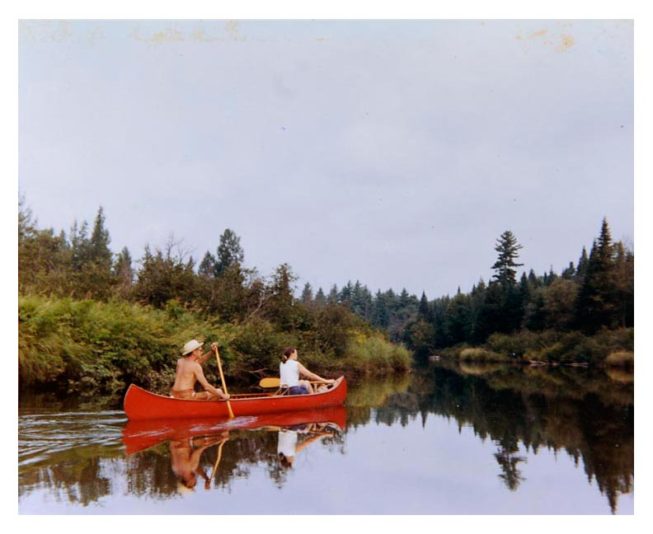 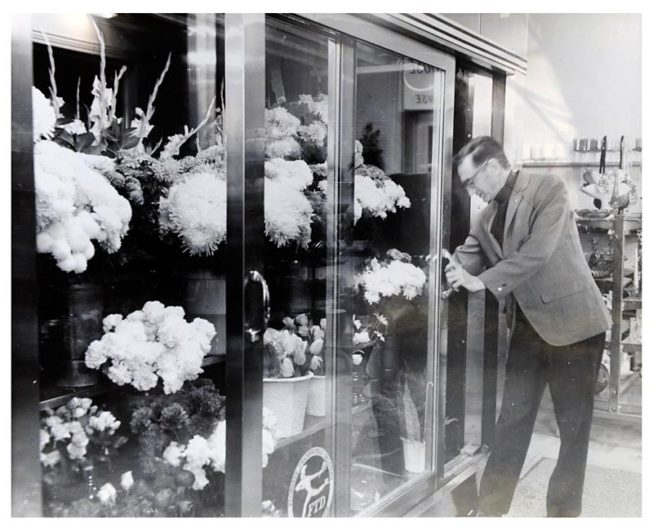 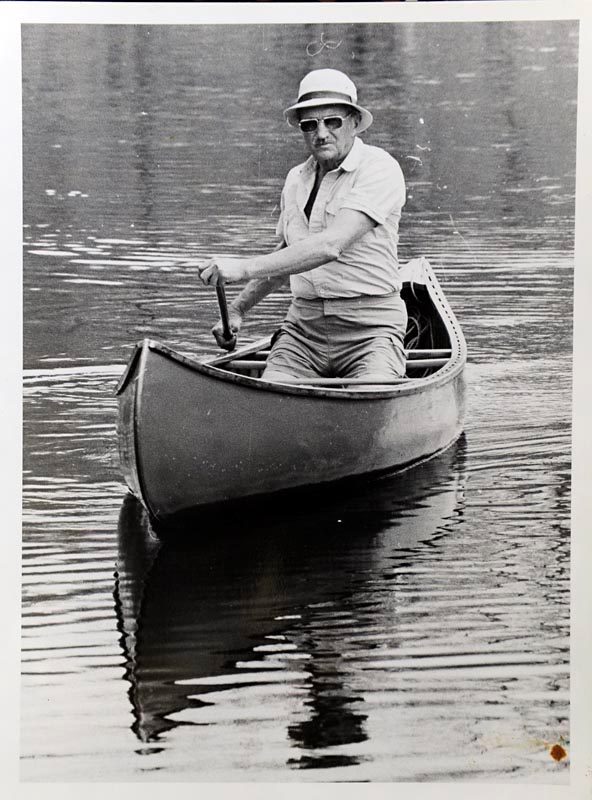 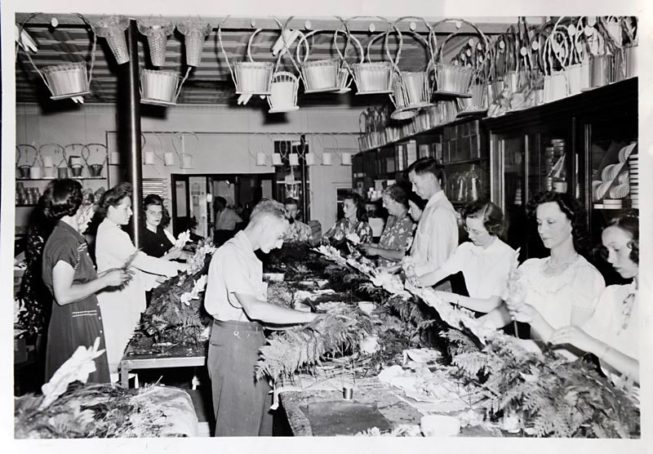 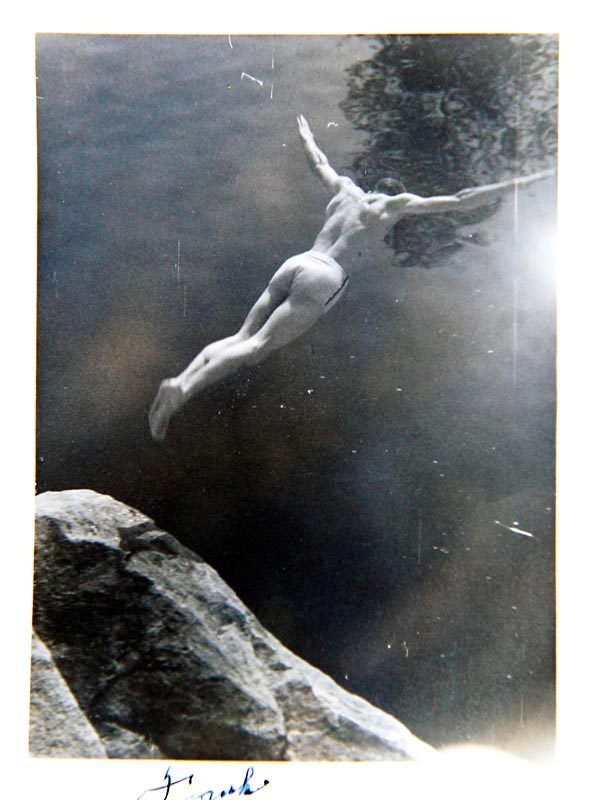 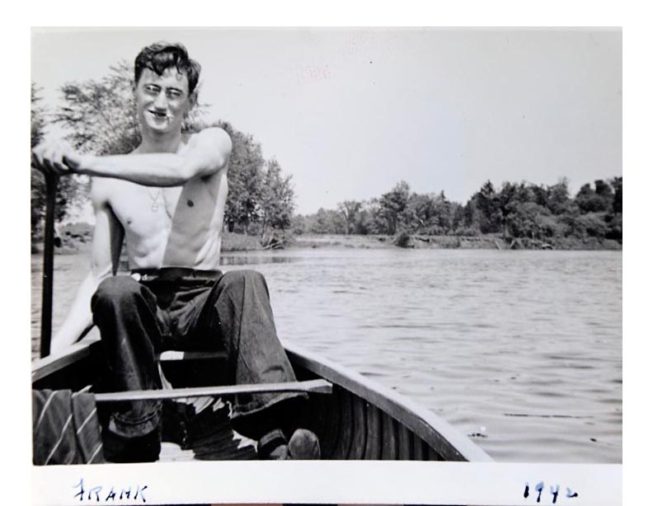 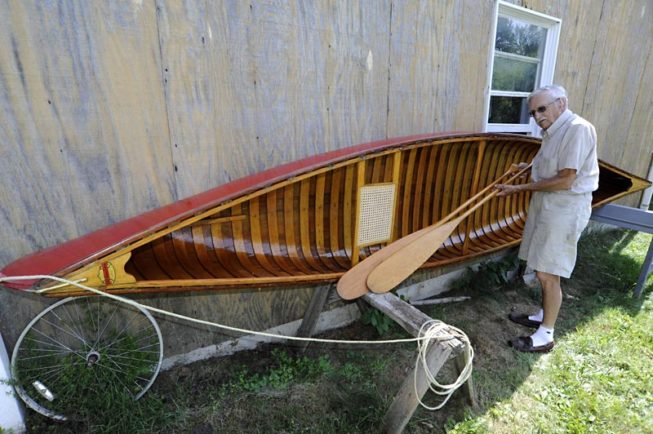 This profile is possible thanks to an underwriting gift from The Canton Rotary Club.

94 years old at the time of receiving this award in 2012, Frank White grew up hearing stories of logging camps and river drives from his French-Canadian grandfathers. He says he’s spent his whole life outdoors–hiking, fishing, and paddling local lakes and streams. His passion for canoes has taken him on solo trips on major rivers in the American West and the Canadian bush. He was one of the founders of the annual Rushton Canoe Races in Canton (begun in 1962), where he’s competed almost every year of their fifty-plus years. After retiring from a career as a florist in 1984, he took up model making, starting with kits of such famous vessels as the USS Constitution and the racing schooner Blue Nose. Later he began to build from scratch and has created a remarkable variety since, among them whaleboats, Lake Champlain sailing barges, a catboat, a Venetian gondola, and several canoes (including a Peterborough and a birch bark). His favorites, however, are his own versions of Rushton canoes, of which he’s completed a half dozen.