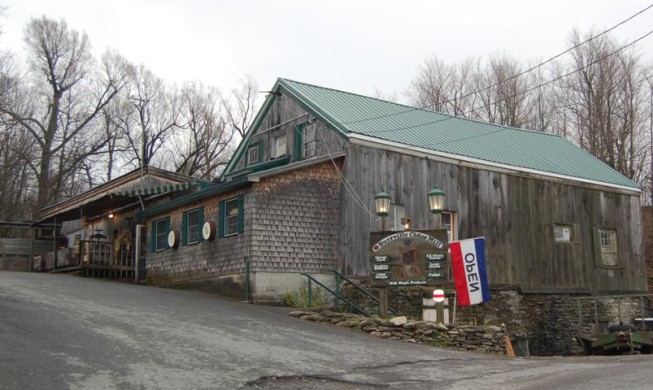 For dwellers of Jefferson County, the Burrville Cider Mill means fall. Open only during apple season, from late August until Thanksgiving, the Mill has become a destination for families seeking not only its famous cider and cider donuts, but also the experience of autumn tradition.

Cider has been pressed in “Burr’s Mills,” as it was originally called since the early 19th Century, and has been produced on a commercial scale since the 1940s. Locals possess fond memories of their parents and grandparents taking them to the mill for cider and donuts, and continue the tradition today with their own children and grandchildren.

Present-day owners, Cindy and Greg Steiner, use all New York apples in their cider, including heirloom apples from local farmers that are not available in stores. With the help of their children, the Steiners also offer educational tours and turn out up to 600 dozen of their renowned cider donuts in a weekend!

Originally built in 1801 as a gristmill and sawmill next to its power source, a beautiful and popular 30-foot waterfall in Sandy Creek, the mill is the oldest extant building in Jefferson County, and is reportedly inhabited by a number of mischievous ghosts.