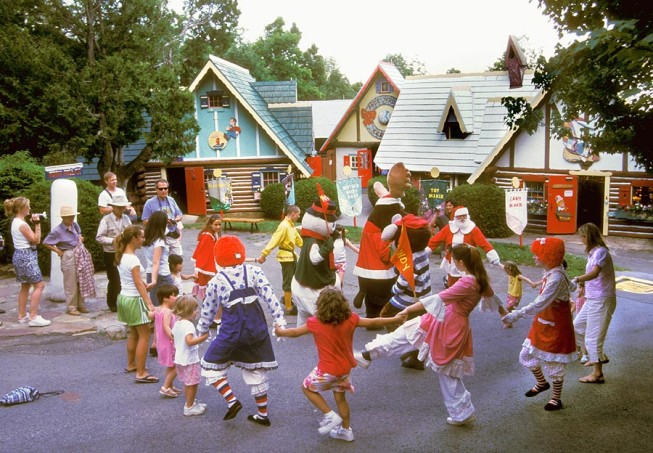 Built after a dream by three prominent Lake Placid businessmen who realized that Americans would be traveling once again after World War II and inspired by a Christmas story told by Julian Reis to his young daughter, Santa’s Workshop is said by many to be the first theme park in America. After all these years of catering to “believers” of all ages, Santa’s Workshop is still going strong.

All summer long, families visit–often parents bring their children because they came there with their parents when they were young–and are entertained with musical skits, nursery rhyme characters, and perfectly-scaled amusement rides. Visitors get to see the team of reindeer and their young, some of whom are descended from the original reindeer imported to this Adirondack village in the late 1940s.

Of course, the highlight of the day is a visit with Santa Claus and Mrs. Claus in their very own house and a chance to touch the icy pole that serves a child’s fantasy as “the North Pole,” which is the actual post office address of this special place.