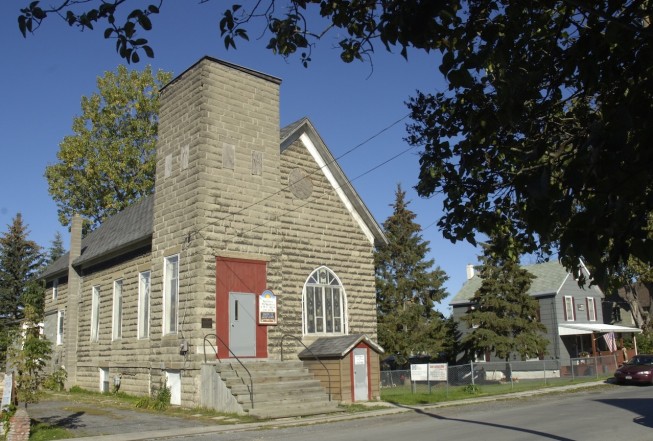 The congregation of the Thomas Memorial African Methodist Episcopal Zion Church in Watertown is small, but they are heirs to a remarkable heritage.

Founded in the 1870s by former slave Henry Barr, a number of the church’s original congregation had also escaped slavery and established themselves in Watertown after courageous, and often dramatic, journeys north. Since that time, the church has served members of the black population of Jefferson County, which has included descendants of early settlers and shipbuilders, railroad workers, and now military personnel from Fort Drum, as well as the descendants of those brave travelers of the Underground Railroad.

The church building, whose concrete bricks were handmade by church members, was erected in 1909. For more than two decades, church members have been working to bring attention to both this historic building and to the community’s importance in the Underground Railroad. Their efforts include an Underground Railroad Museum in the church fellowship hall, and the 2001 addition of the church to the National Register of Historic Places.