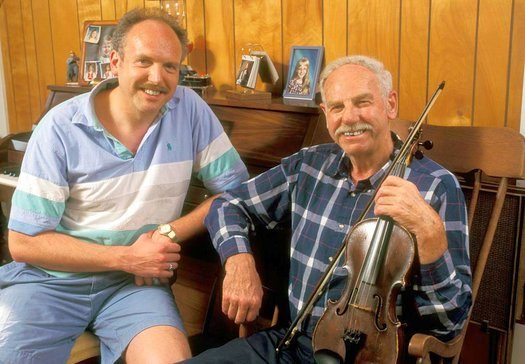 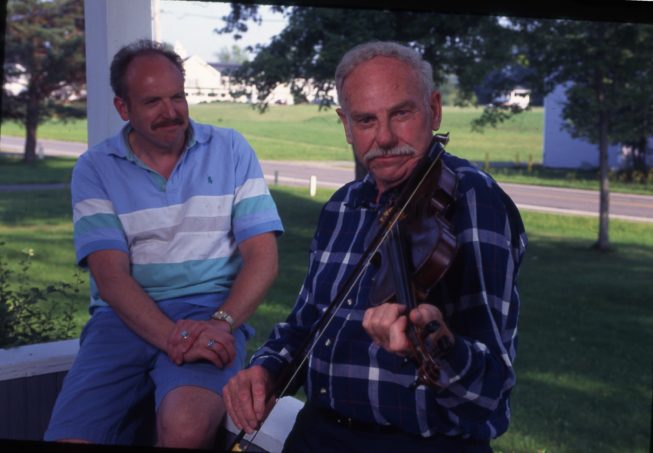 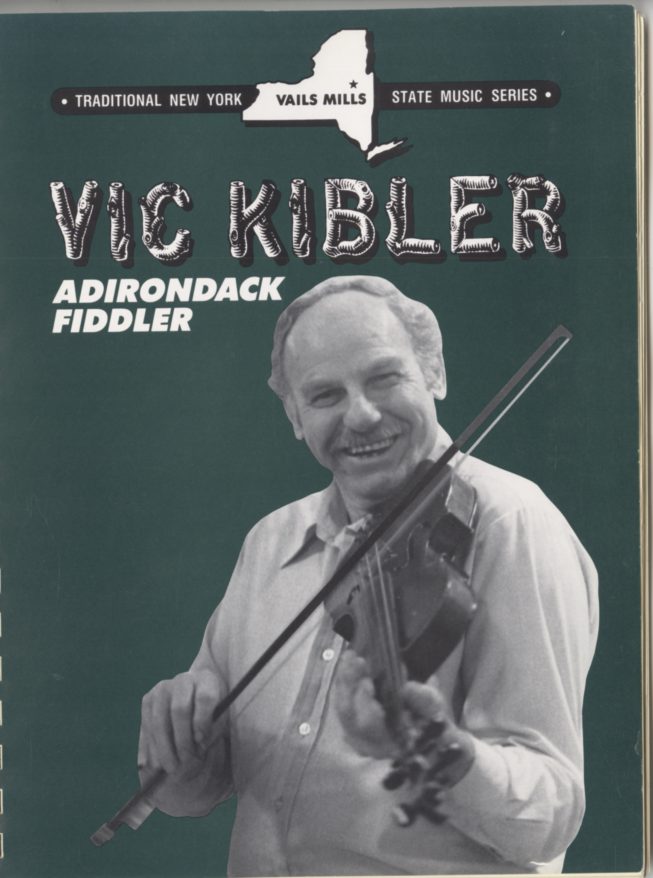 At the time of receiving this award in 1995, Vic Kibler was continuing a strong musical tradition at home in the southern Adirondacks. Family members played various old-time instruments, and they all sang. Although he had met and swapped tunes with dozens of old dance fiddlers, he had never played for dances, because he promised his mother when he was young that he would avoid the bad influences to be found in some of the old dance halls. Many of the old standard jigs, reels, and hornpipes he got from his family, but by the late 1940s he was being influenced by fiddlers from radio broadcasts and recordings. Vic’s youngest son, Paul Kibler, a social worker from Plattsburgh, learned early to play with his father and frequently backed up his father on piano. In 1992, they worked together to record a collection of 31 old family tunes for Sampler Records, which was selected as an outstanding folk recording by the American Folklife Center of the Library of Congress.

Click here to listen to the TAUNY/NCPR “Meet the Masters” story about Vic & Paul Kibler.

Click and listen to the audio clips below to learn more about Vic & Paul Kibler, and their music:

Paul & Vic describe how their playing speeds up as the audience responds.

Vic Kibler recalls the history of the old fiddle he still plays.

Vic explains the fusion of styles he calls ‘The Adirondack style’.