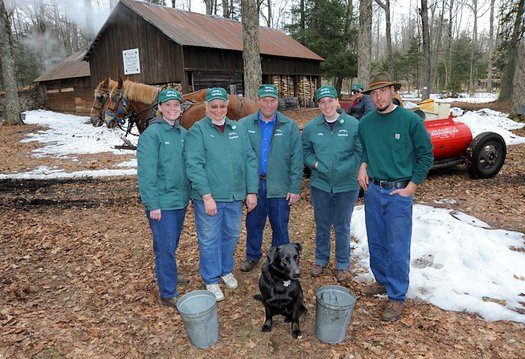 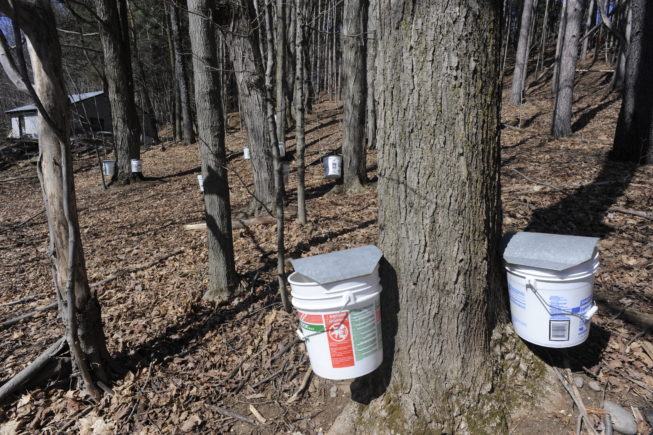 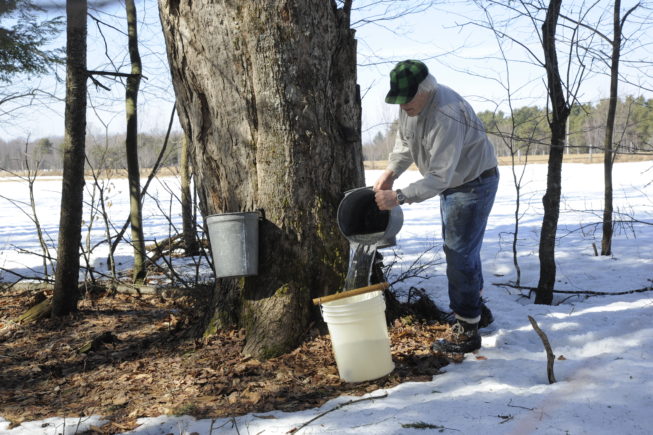 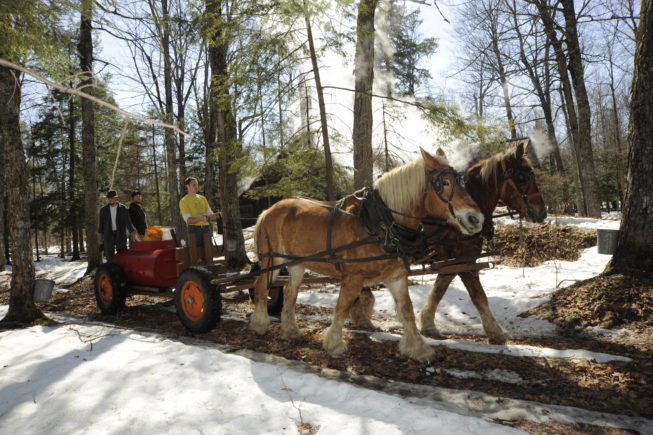 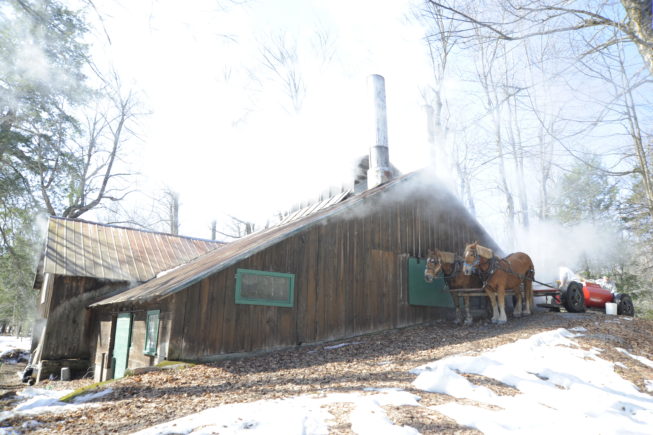 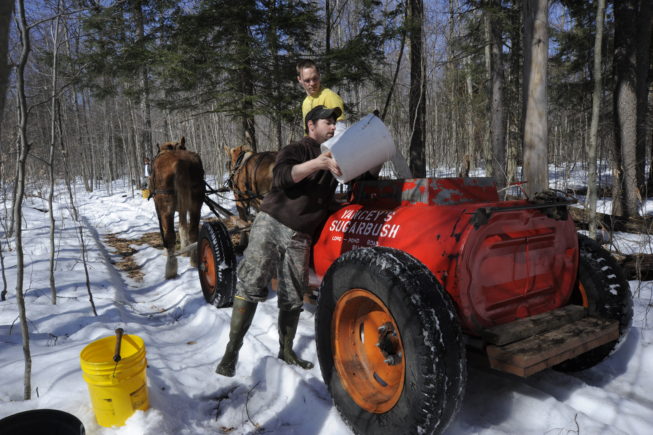 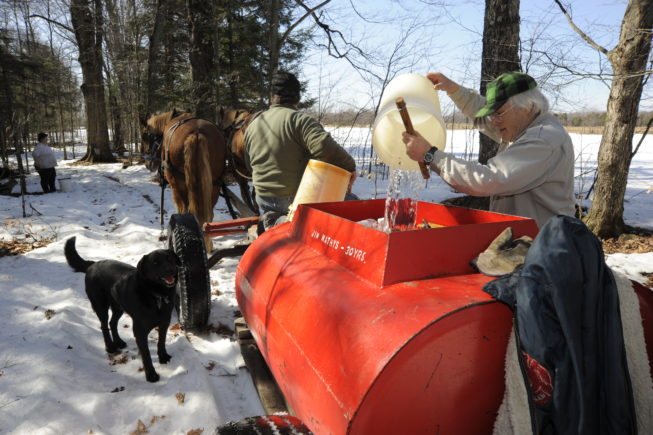 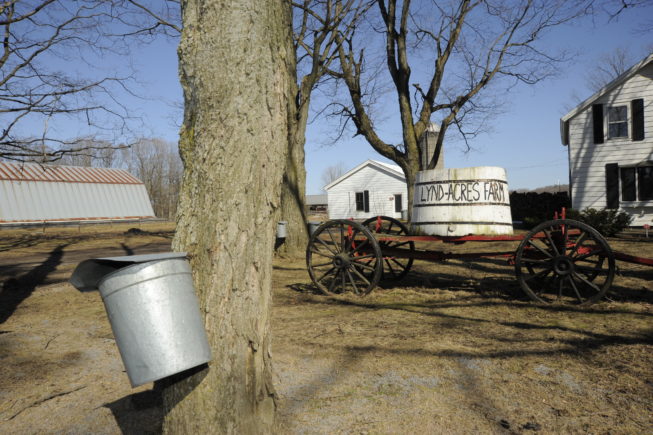 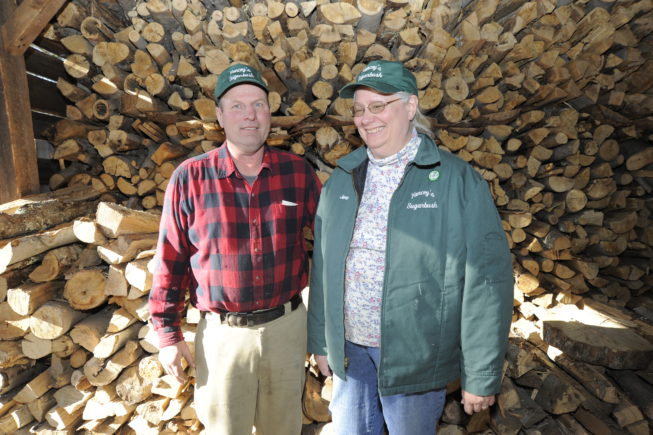 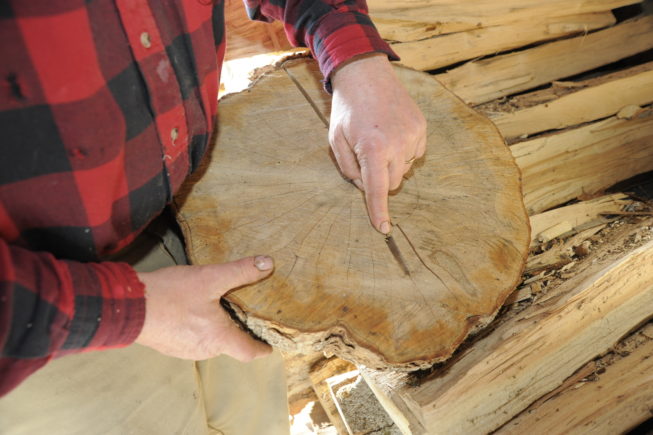 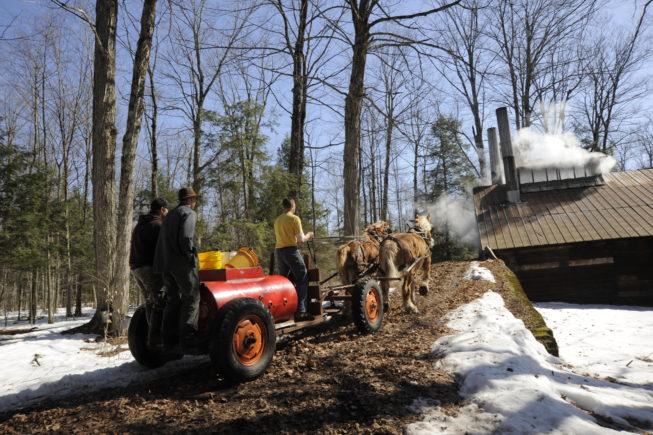 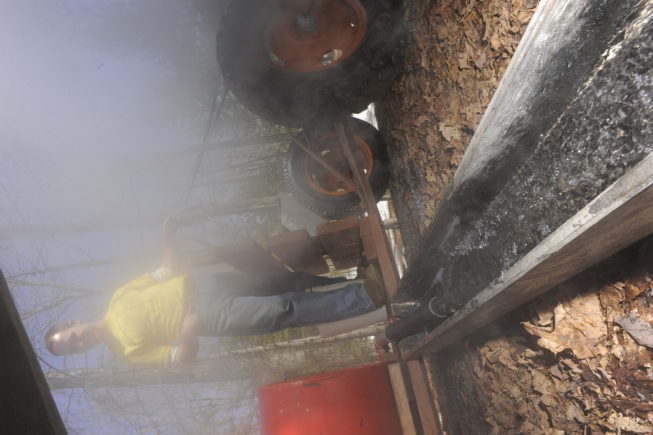 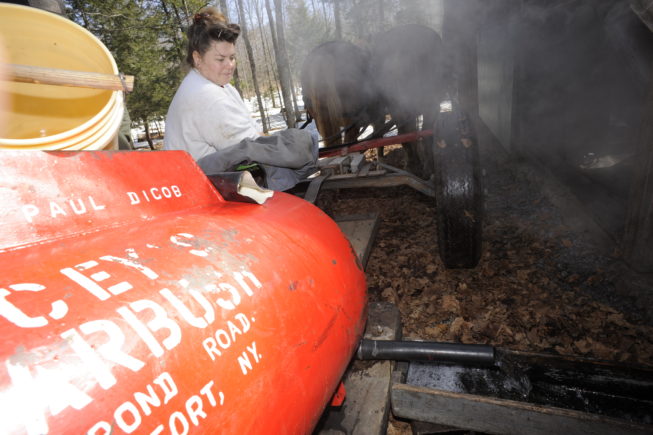 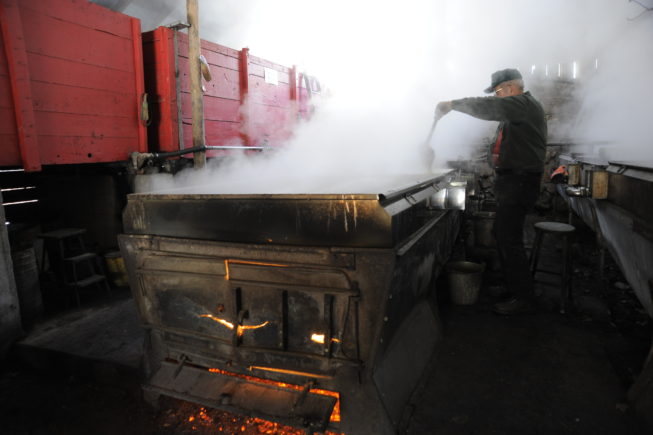 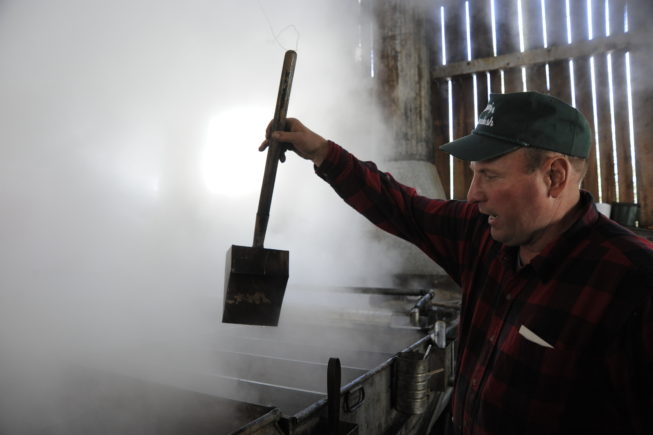 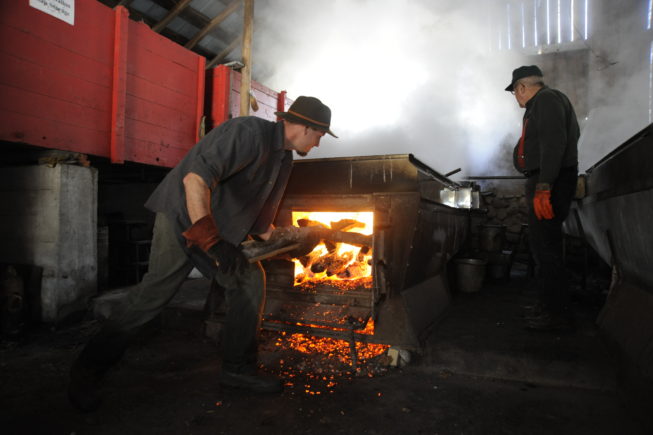 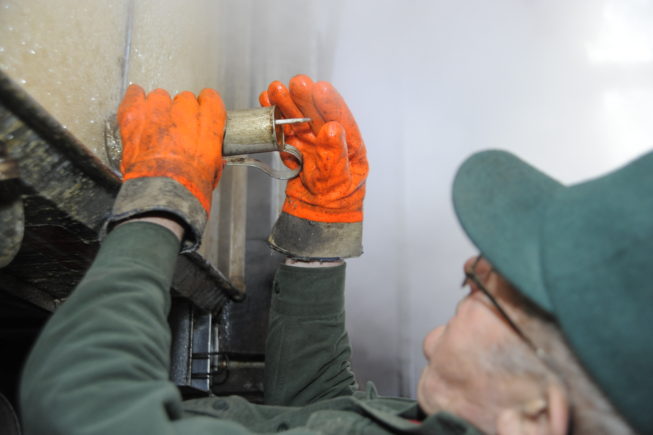 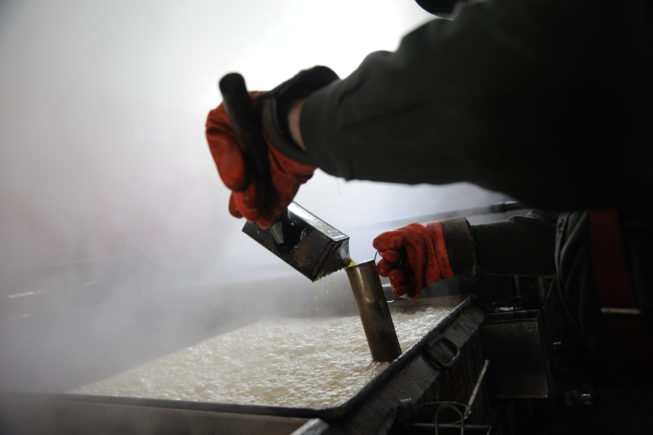 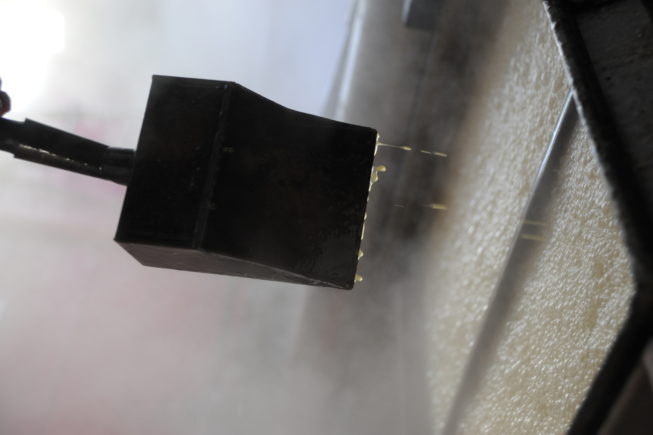 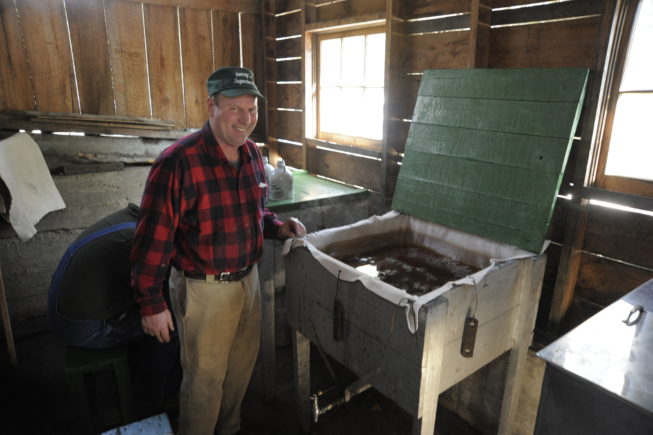 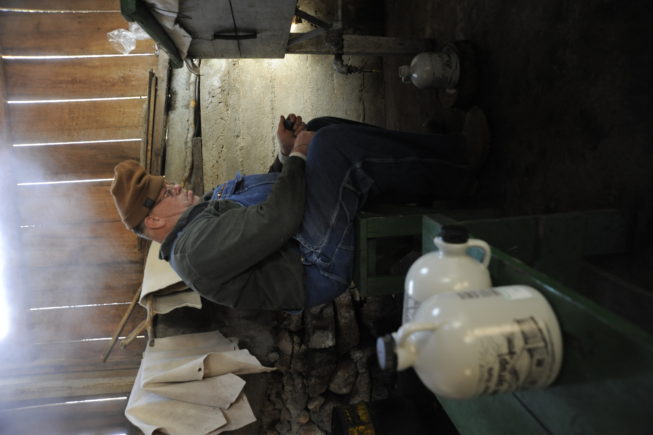 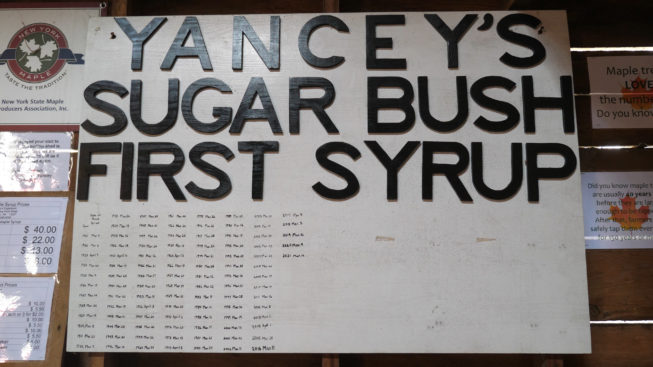 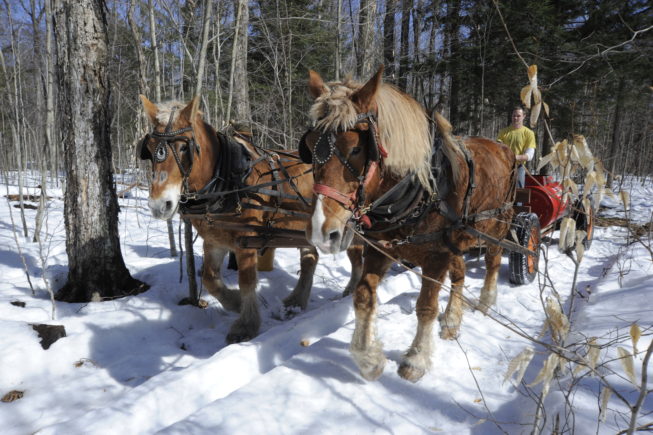 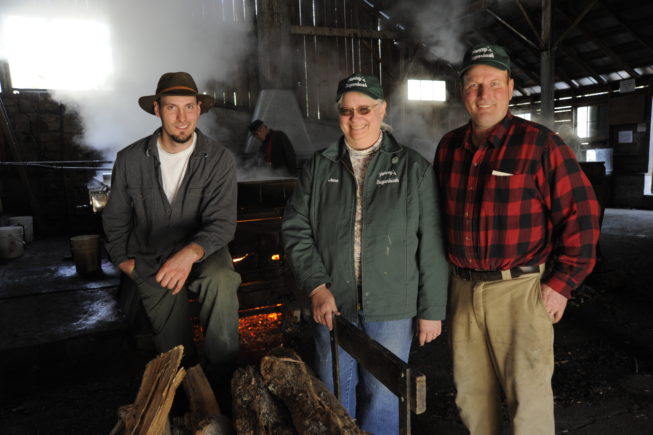 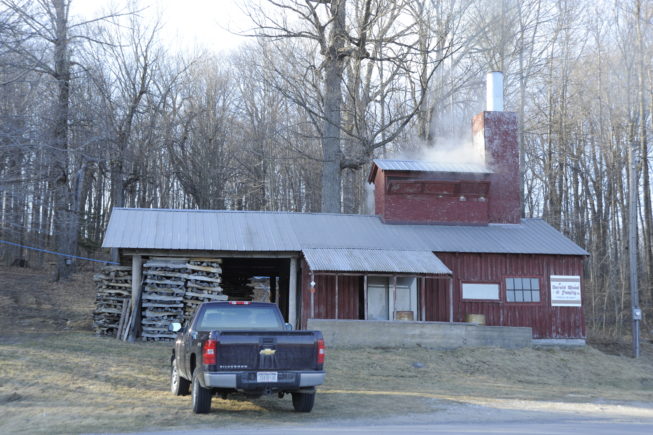 Maple sugaring is a passion for Haskell and Jane Yancey, whose ancestors first tapped trees on the Yancey farmstead in 1844. They and their children and son-in-law—Beth along with her husband Dan Faulknham, Tim, and Cathy—represent the fourth and fifth generations to make maple syrup on the Yancey farm, gathering sap each year from their over 5,000 maple trees. Beth and Dan’s daughters Jocelyn and Margot are the sixth generation working in the sugarbush. Over the years, the Yanceys have resisted pressures to convert entirely to the use of plastic tubing and vacuum pumps for gathering sap, and remain one of the few sugarbush operators who continue to gather with buckets and horse-drawn tanks. The number of trees they tap, and the methods for tapping them, vary by year—at times, they have tapped 6500 trees over 170-180 acres. At the time of a visit in 2021, they had 2700 taps on a vacuum system, 600 on tubing working with natural flow, and roughly another 1200 buckets out on trees. Some of the equipment they use dates to the first half of the 20th century, and their 1920s-era evaporator is fueled by wood cut on their woodlot. Each maple season the sugarbush becomes a social mecca for family, friends, hired hands, and visitors new and old who come to watch the sugaring—and take home syrup and maple candy—year after year.