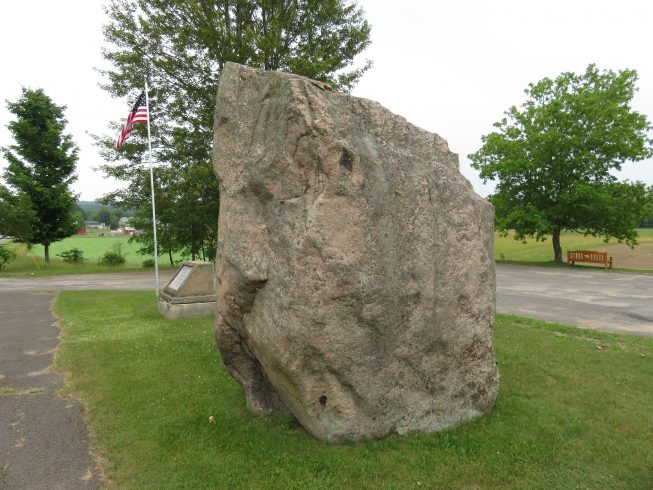 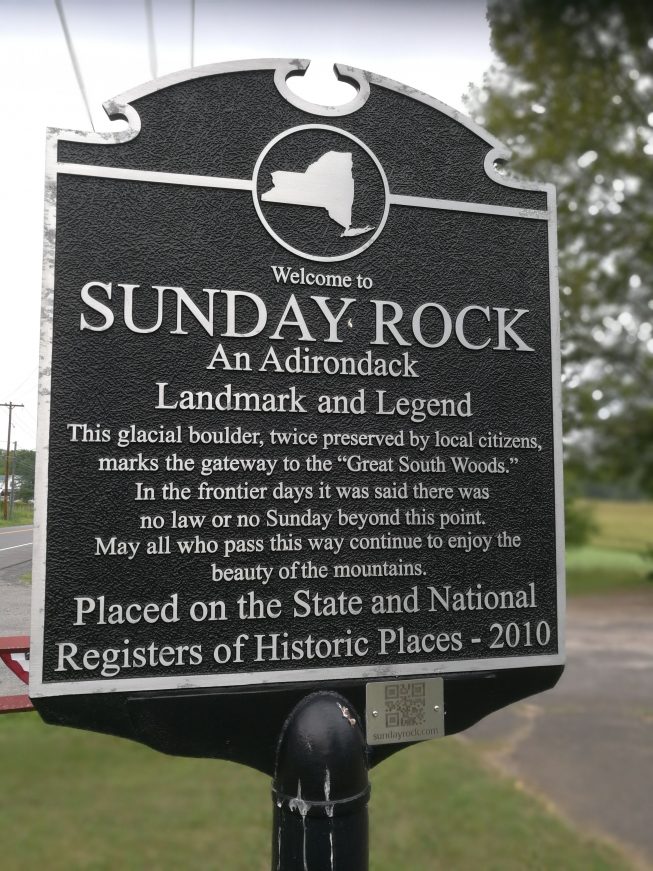 This profile is possible thanks to an underwriting gift from Sunday Rock Legacy.

At 11 feet and 64,000 pounds, the oblong boulder known as “Sunday Rock” has been the stuff of local legend for about 200 years, and has been important to the people of South Colton and around for just as long.

Twice, in 1925 and 1965, local citizens rallied to save it from demolition during highway construction, and it is now safely located on its own small park by Route 56. Stories of its name’s meaning vary. Some accounts suggest it marked the point where the law and order of civilized communities to the north stopped and there was no Sunday, because lumbercamp life and work were the same every day of the week. Others tell of a preacher, seeking to bring the gospel to the people in that part of the woods, being told not to bother going past the boulder because beyond it there was no Sunday. Somewhat later, the rock began to stand for the freedom, sport, and leisure of the woods and mountains to the south of it.

Sunday Rock has recently been named to the state register of historic sites, and a nomination to the National Register of Historic Places is pending.