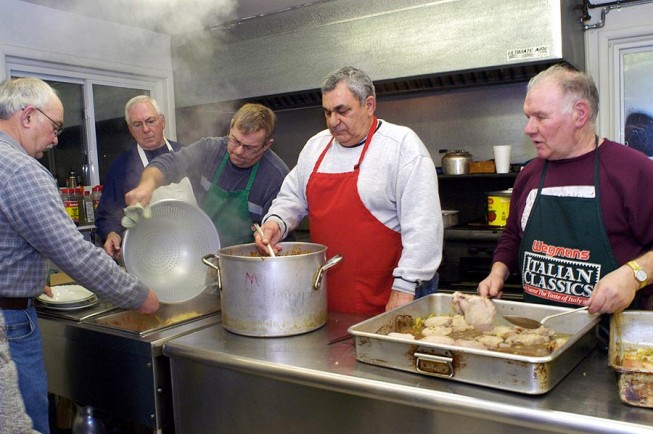 First organized as the Sons of Italy in one of the North Country’s most ethnically diverse communities, the “club” maintains meeting and social rooms at its longtime location on Beach Street. A private organization, the men prepare terrific meals for themselves and guests every Thursday night and maintain the tradition of Ladies Night once a month, when they treat spouses and guests to an authentic Italian feast. Old world card games and bocce are regular activities during the year, as younger men continue their father’s and grandfathers’ social networks, even though the neighborhood, once almost entirely Italian American, is now very diverse.

A private club and one of the last ethnic social clubs in a region that once boasted French, Irish and Eastern European fraternal organizations, this Massena landmark preserves ethnic identity and pride in a time when that is easily lost in modern America.