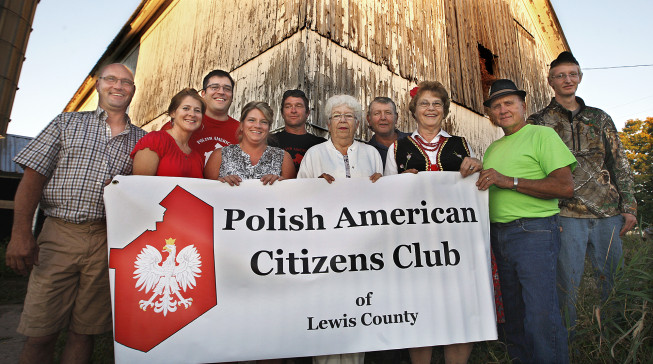 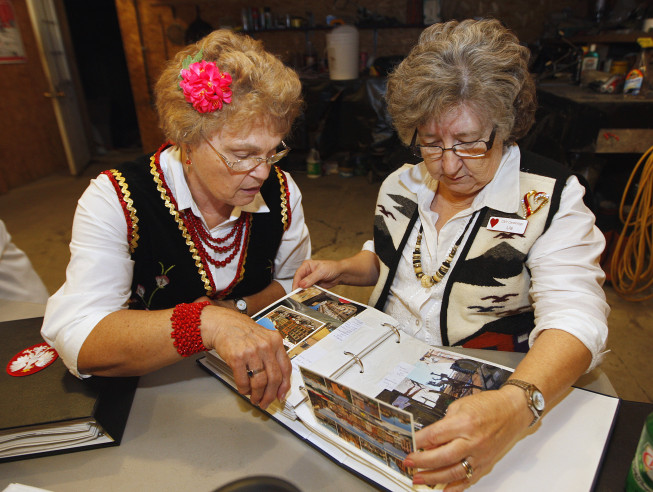 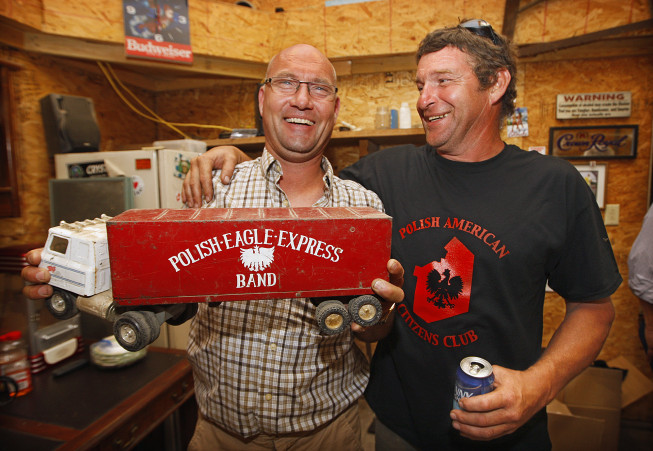 Lowville, Lewis County
Polish American Citizens Club of Lewis County
Ethnic Club & Polka Dances
Glenfield
In the early twentieth century Polish immigrants migrated from the coal mines of Pennsylvania seeking healthy fresh air and work on farms in southern Lewis County. By the 1920s, a Catholic parish named for patron Saint Hedwig was established in the hamlet of Houseville. At about that same time the Polish American Citizens Club, typical of ethnic social clubs of the era, was formed, as a place where people could keep their language and other traditions alive.
Local newspaper accounts from the 1930s and 40s frequently publicized dances at the Polish American Club Hall in Glenfield, a building that was still maintained until 1993. Joint picnics with the Hungarian American Club could attract as many as 500 people.
The club today, though smaller, sponsors polka dances several times a year, with local dancers teaching polka lessons before each one. For their fall dance each year, they also include a complete dinner of traditional Polish dishes made by local families.

Listen in to hear a member of the Polish American Citizens Club of Lewis County share stories about Polish holiday and food traditions she and her family carry on.