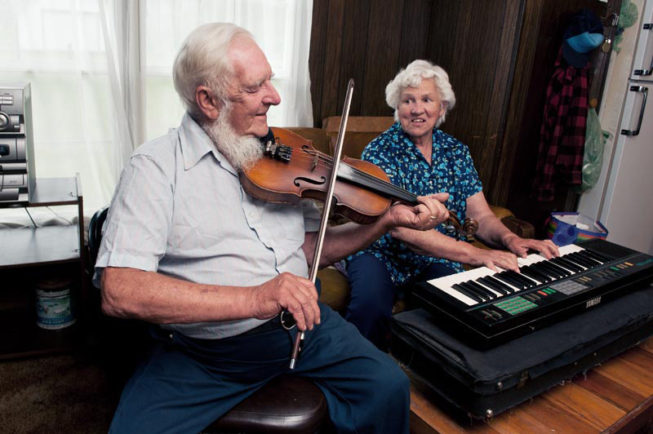 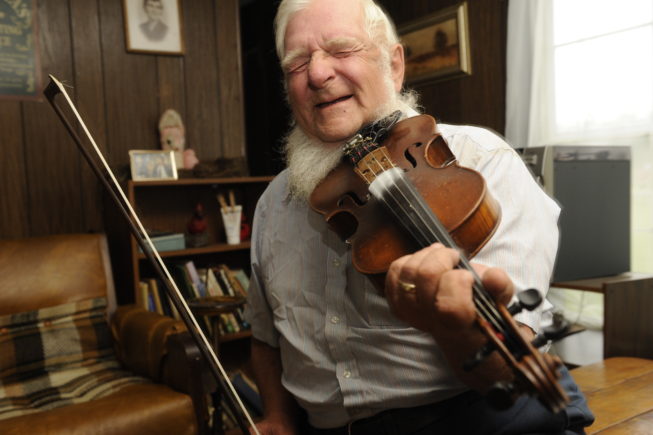 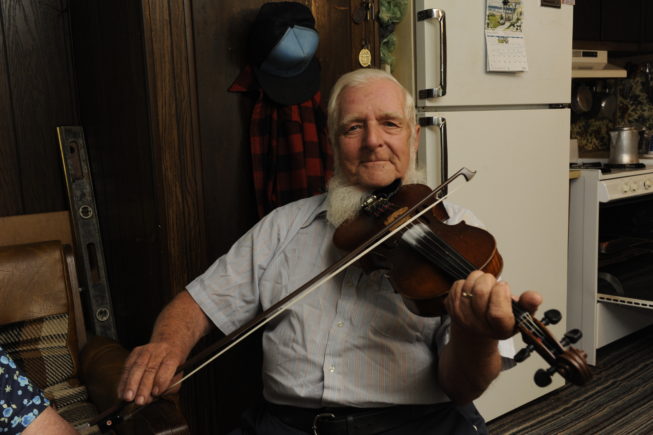 Burke, Franklin County
Traditional Dance Fiddler
(1929-2017)
This profile is possible thanks to an underwriting gift from The Perkins Family Fund.

A retired farmer, Leon Boyea started playing fiddle at the age of eight on his dad’s fiddle that was off limits. One day Leon “borrowed it” and his father walked in as Leon was playing. To his surprise, his father was very pleased with what he had heard. Leon played for his first dance when he was ten. In high school he played with the Future Farmers of America Hillbillies and won the state talent show in Baldwinsville. Over the years he has played with local bands like the Old Timers and the Settlers Band; he now performs with the Border Ramblers. He plays “strictly by ear,” loves to play harmony, and favors “the old time tunes, they’re the best.”  These days, he often plays for dances at Association of North Country Fiddlers events and for senior citizens in the area. In 2007, Leon was inducted into the North American Fiddlers Hall of Fame in Osceola, New York.