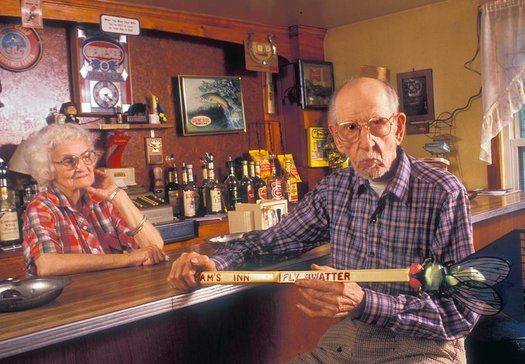 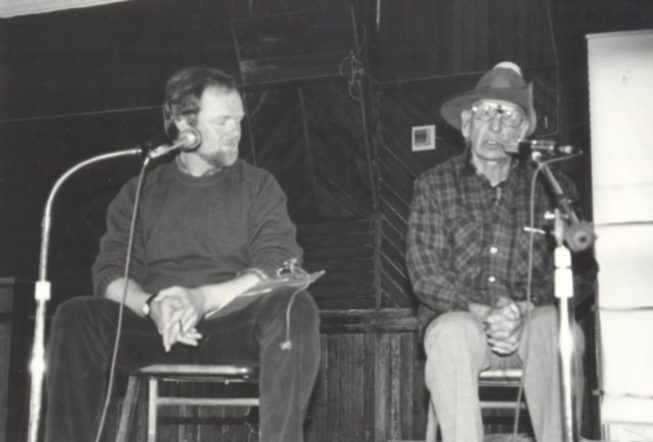 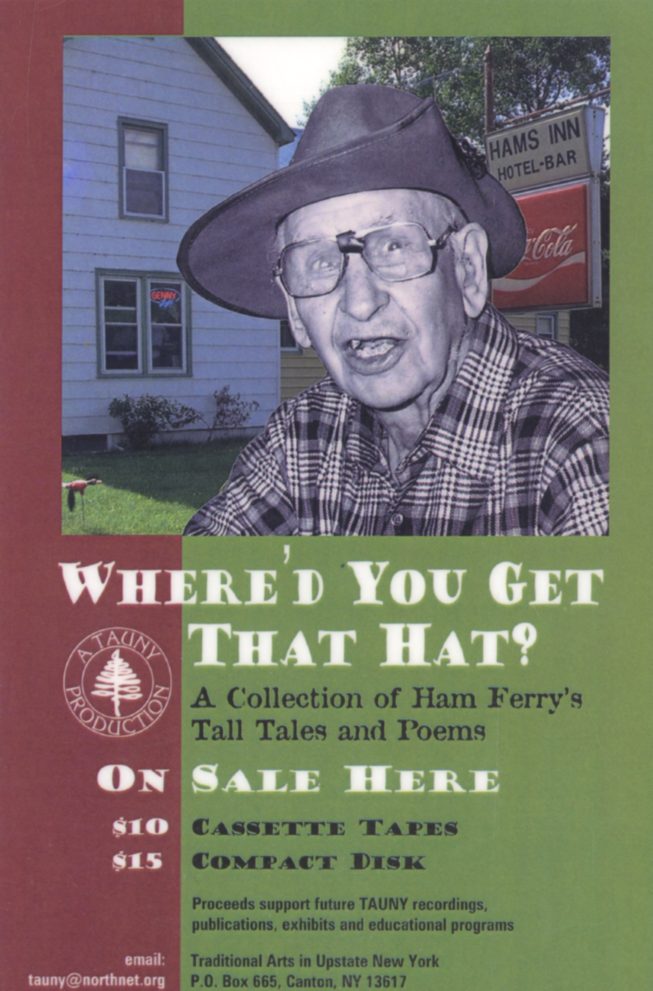 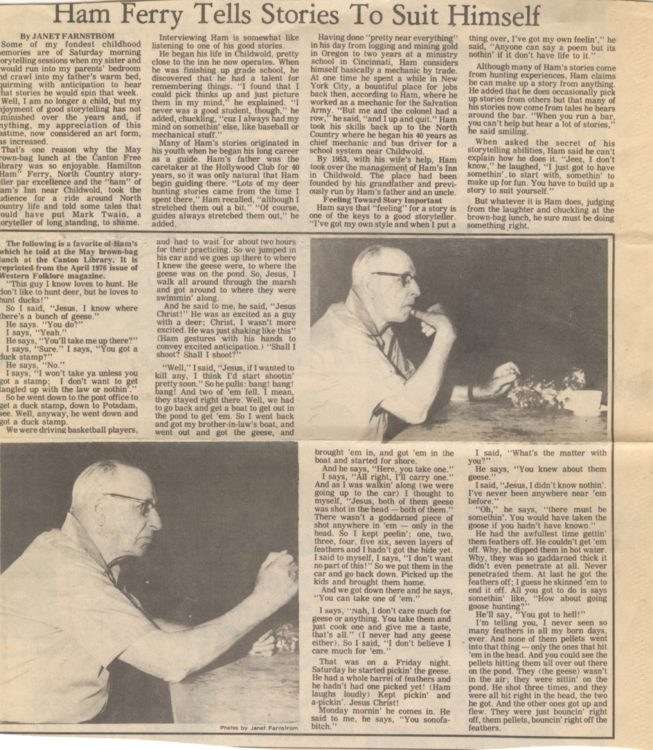 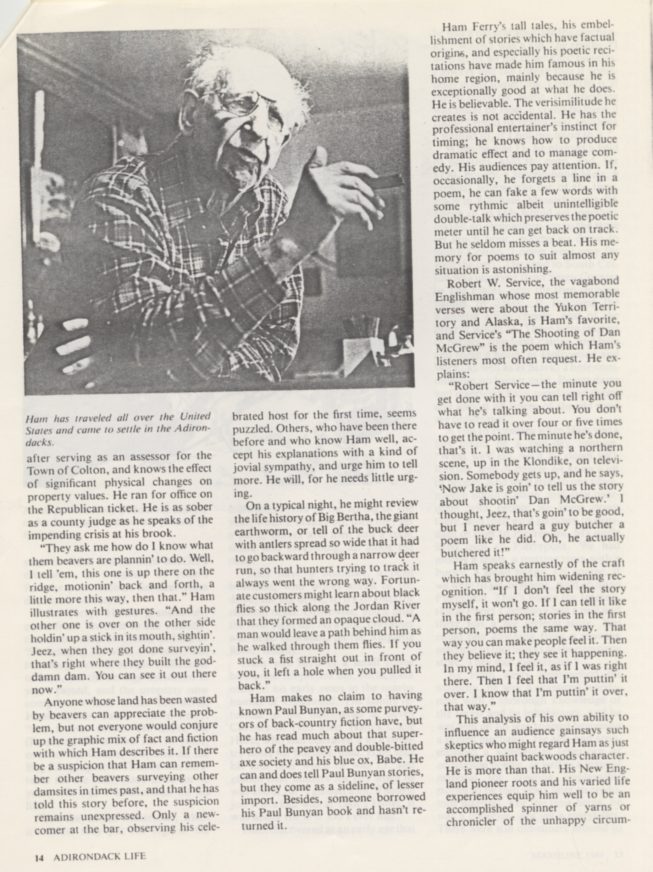 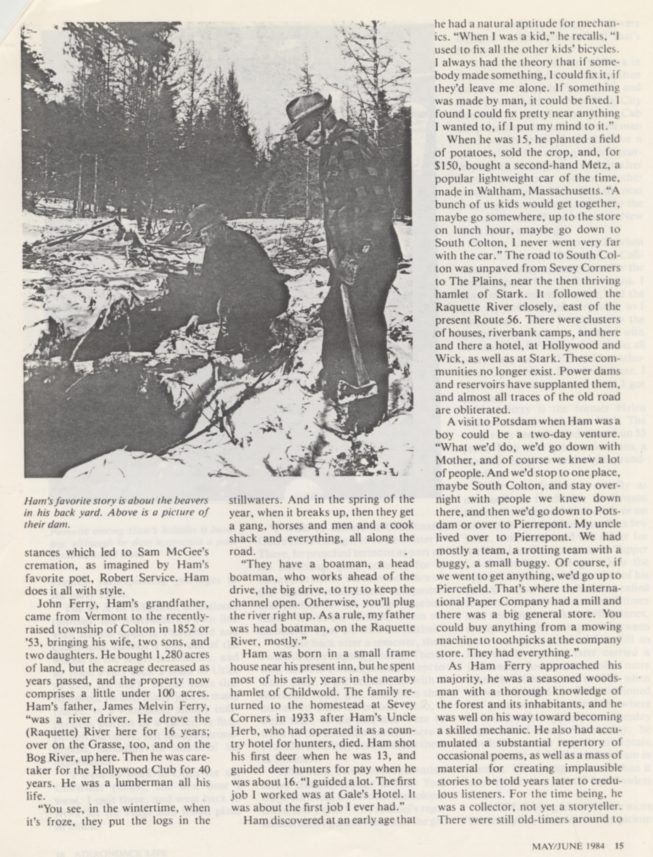 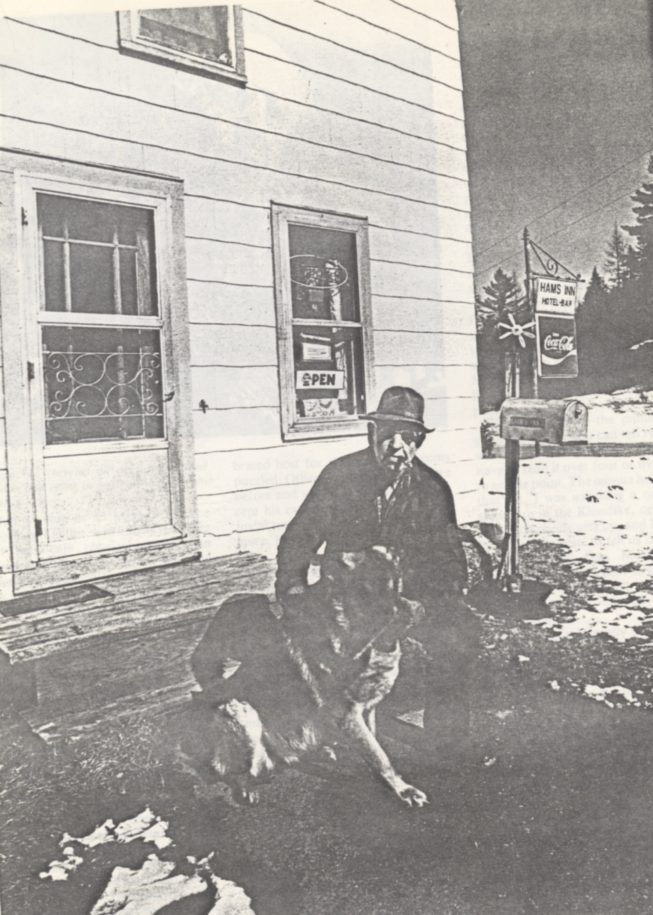 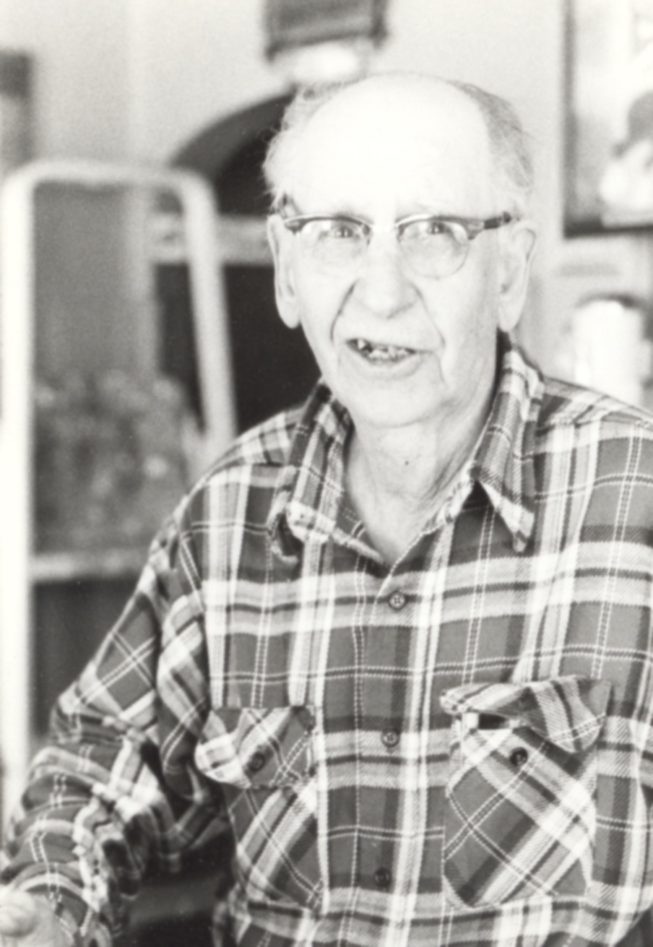 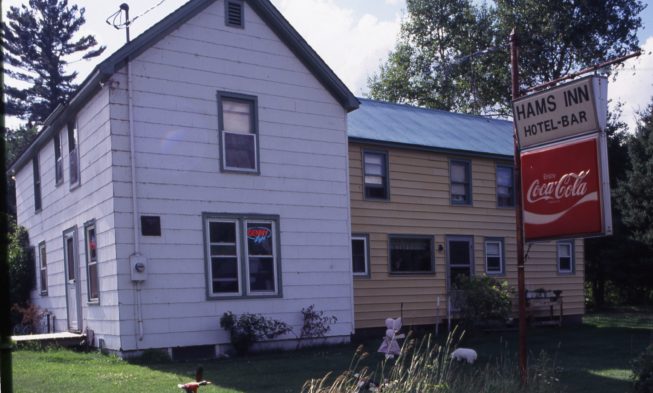 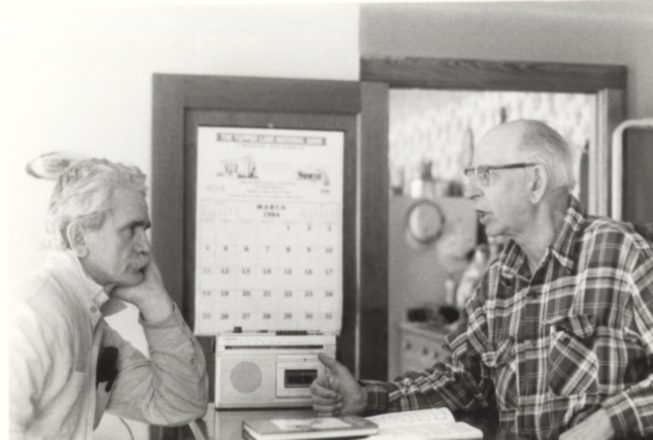 This profile is possible thanks to an underwriting gift from Sunday Rock Legacy.

Ham Ferry lived where his ancestors settled in 1852 and it is in this place that he earned the reputation of being an authentic Adirondacker and a consummate storyteller. Ham’s Inn, a small bar located at Sevey’s Corners near Childwold, was his natural setting and the spot where he held listeners rapt for hours on end. Much of the material for Ham Ferry’s stories came from his life as a woodsman, lumberman, and wilderness guide. He never hesitated to elaborate on reality, having mastered traditional tall tales and invented many of his own. In the tradition of community entertainers of the last century, he also recited from memory-long narrative poems by such poets as Robert Service and James Whitcomb Riley. While known best to the local or visiting hunters, fishermen, or campers, Ham has been featured in a variety of publications, festivals, and television and radio productions.

Click here to listen to the TAUNY/NCPR “Meet the Masters” story about Hamilton Ferry, Senior.

In the video clip below, Ham recites “The Wood Box,” by Joseph C. Lincoln.

In the video clip below, Ham recites “The Passing of the Backhouse,” often attributed to James Whitcomb Riley.

Click and listen to the audio clips below to learn more about Hamilton Ferry, Sr. :

Ham explains his philosophy of humor and recites “A Hand Upon Your Shoulder.”

Ham tells the “big story” of how he came to own a game warden’s hat.