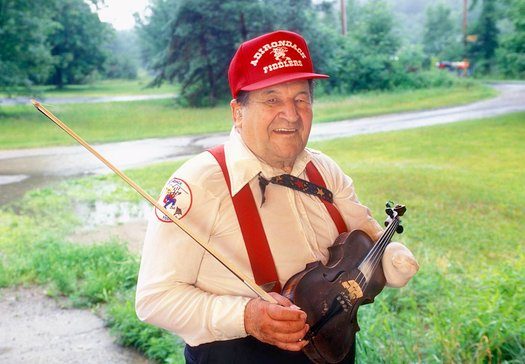 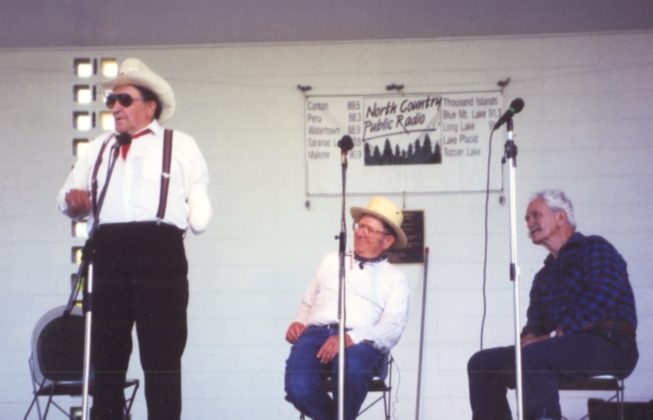 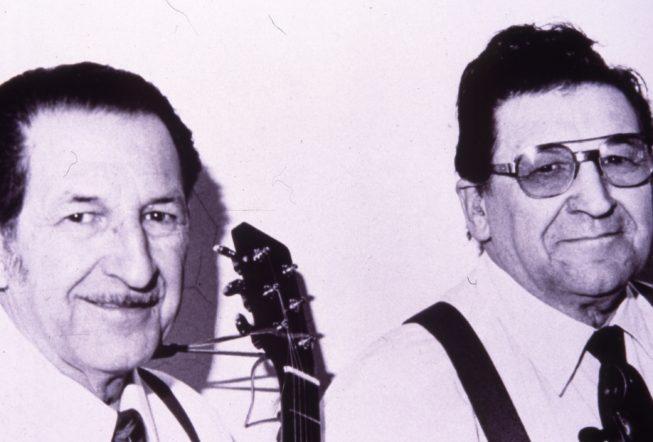 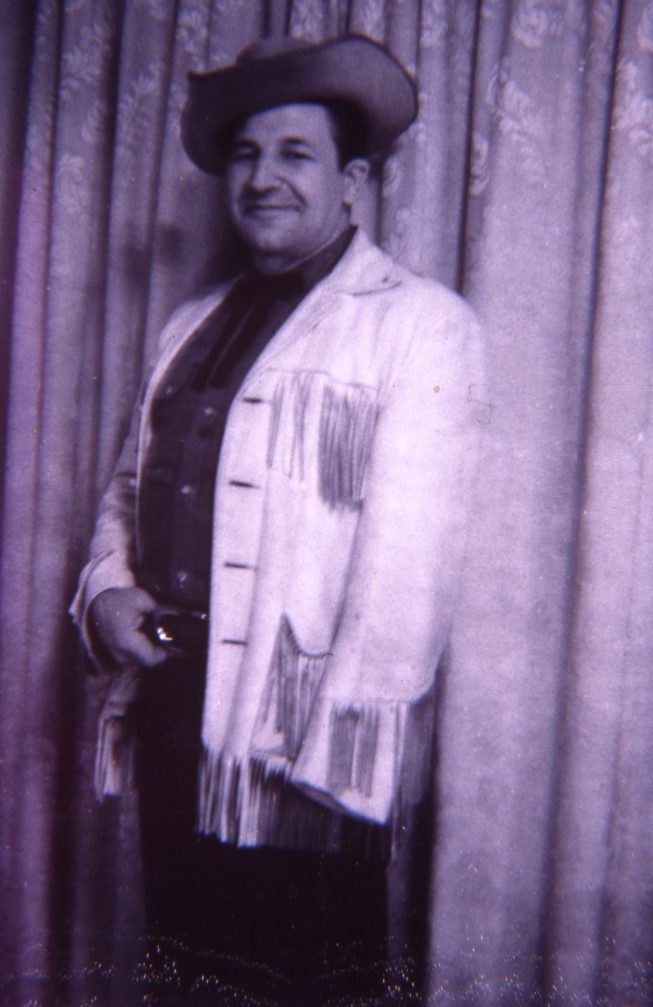 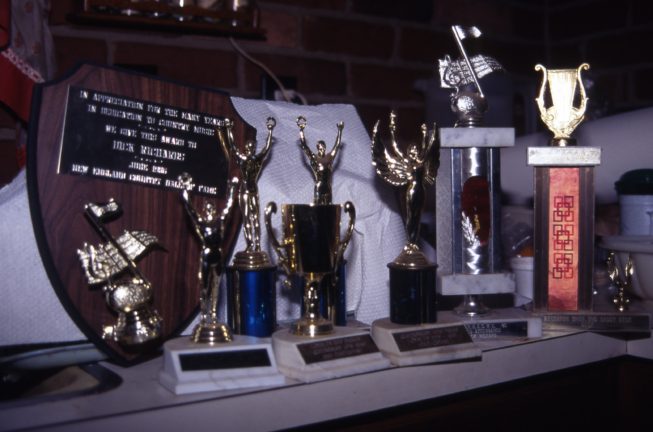 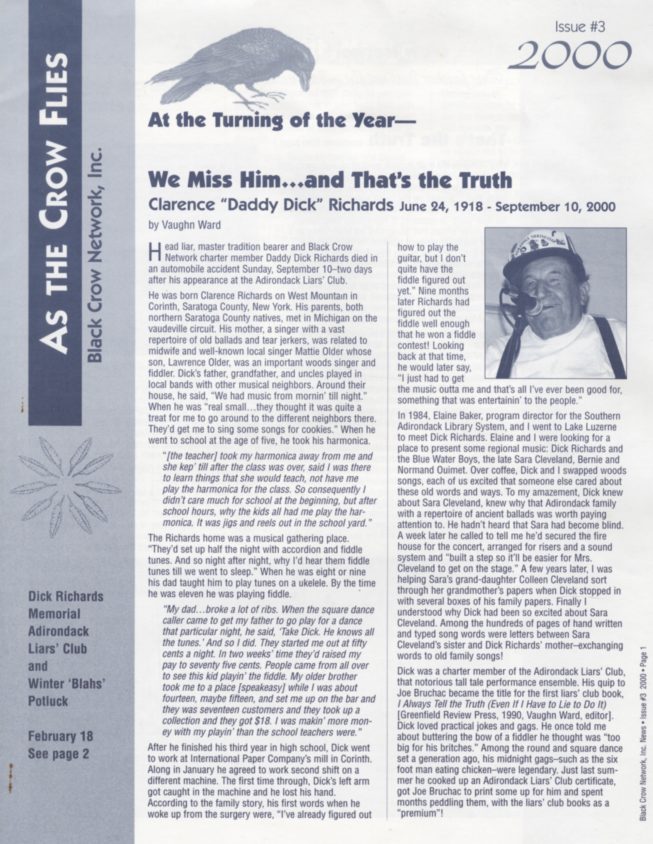 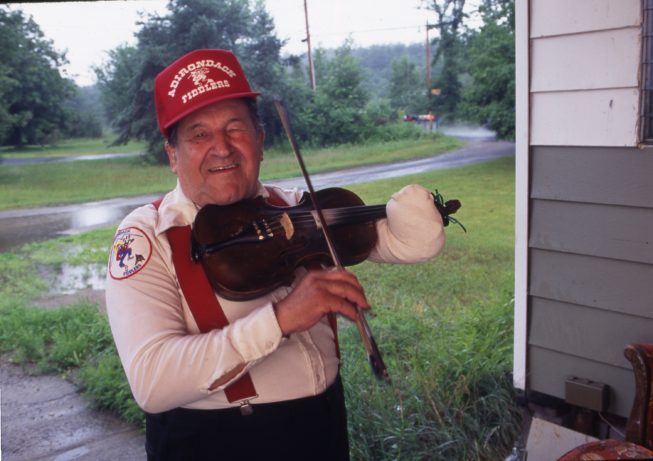 By the age of 12, Clarence ‟Daddy Dick” Richards was playing fiddle for local dances in the Corinth area of Saratoga County and substituting for the caller when necessary. His father was a woodsman, musician, and vaudeville entertainer, so Clarence came by his early interests quite naturally. Known early as a ‟song sponge,” as a boy he met the radio personality Bradley Kincaid who had a summer home near Saratoga and often traded songs with him. Early in his music career, he lost his left hand in a paper mill accident, but within six months he had discovered a remarkable way to continue playing the fiddle. Dick was a regular at area dude ranches and an early entertainer on Radio WGY in Schenectady. He performed with many prominent country and bluegrass music stars. For years, Dick was Frontier Town’s Davy Crockett and joined the Adirondack Liars Club as a premier storyteller of tall tales and true.

Click here to listen to the TAUNY/NCPR “Meet the Masters” story about Clarence Richards.

Click and listen to the audio clips below to learn more about Clarence Richards and his music:

The importance of music in Dick’s life.

A practical joke he once played on a fellow musician.

Dick sings the old favorite, “Pictures from Life’s Other Side.”