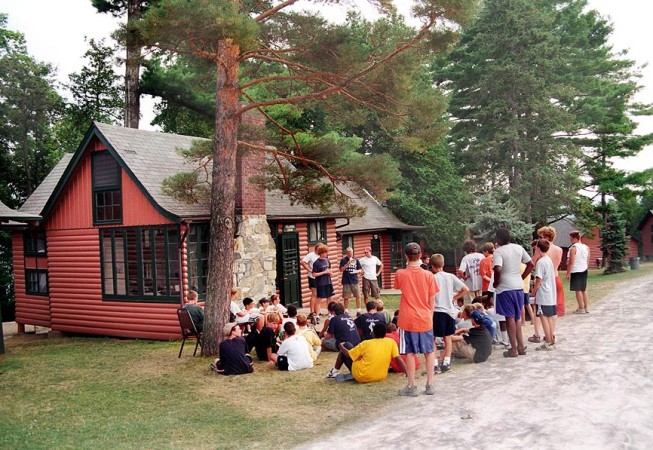 With a campus that would evoke the envy of many colleges, and with a view of Lake Champlain that is to die for, Camp Dudley remains the oldest continuously operating children’s camp in the country. Established in the late nineteenth century to provide a healthy summer environment for boys, the camp has grown in size and stature with a variety of structures in Adirondack rustic style, including dozens of sleeping cabins, and plenty of amenities.

Most campers start before they are teens and frequently return for several summers, quite often coming back later to be counselors and camp leaders. Activities run the gamut– from baseball, swimming, sailing, and mountain climbing, to playing musical instruments, acting in plays, and participating in religious services. Alumni take pride in the lessons they learned and the friendships they made, often taking an active role in maintaining the camp and its programs.

Click and listen to the audio clips below to learn more about Camp Dudley:

Ben Nelson describes the relationship between the community and Camp Dudley.

Paul describes how activities such as swimming have changed through the years at Camp Dudley.