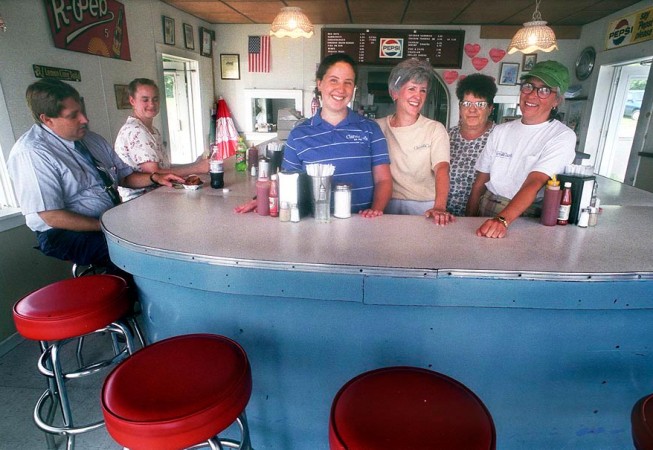 The neon sign says “Texas Red Hots” ; the menu inside says “Michigans” ; just across Lake Champlain you can see Vermont. Confused? Then you must be from out of town.

Clare and Carl Warne built this small roadside stand in the late 1940s to sell hotdogs to summer visitors at nearby beaches and camp sites, students at the local state university, and a large contingent of airmen and their families at the neighboring United States Air Force base. While serving other popular items, this eatery–and several others along Lake Champlain–gained their fame from the Michigan, a steamed hot dog served on a special bun with a secret blend of ground meat, tomato sauce, and chopped onions. The recipe’s origin and name are the stuff of local legends, but the nickname of a short order cook transplanted from Detroit who brought it here may well be the reason for both.

To this day, Clare & Carl’s keeps the carhop service that made it popular a half century ago.