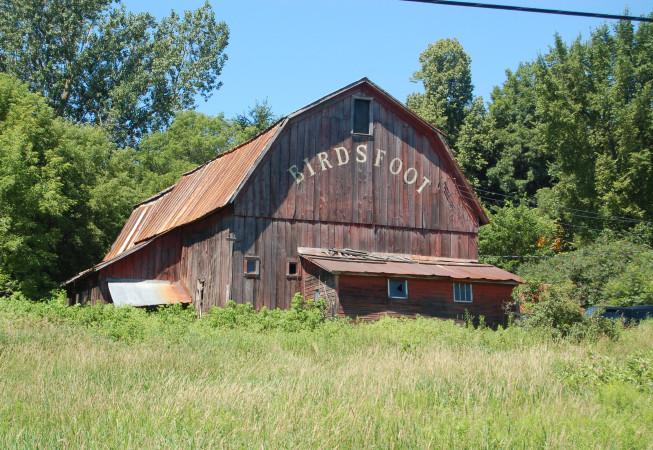 In the early 1970s, a number of like-minded people moved onto an old dairy farm in Canton and founded Birdsfoot Farm, which was to be a communally-owned, cooperative agricultural community. Many similar ventures begun during the Back-to-the-Land movement of that time have since closed down, but nearly forty years after its founding, organic vegetables, herbs, and guiding principles of shared responsibility and consensus-based decision making continue to flourish at Birdsfoot. The farm is home to several full-time residents, who share works days, evening meals, bills, chores, and ownership of the farm; home as well to farm interns. Owners extend their concept of intentional community beyond the farm’s 73 acres, reaching out to the larger public through a CSA program and their annual Garlic Festival, at which folks are invited to help with the garlic harvest and receive a delicious dinner, great music, and wonderful company in return.