In cooperation with state and federal guidelines... (MORE)

The final day to see the North Country Wall of... (MORE)

TAUNY invites the community to stop by The TAUNY... (MORE)

A sweater made by Lamar Bliss, Madrid, has... (MORE)

An exhibit at The TAUNY Center of Sara Lynchs... (MORE)

A live band, community contra dance will be held... (MORE)

Blog: The Most Powerful Engine at the St. Lawrence Power & Equipment Museum

Several weekends ago, I was able to accompany... (MORE)

Blog: An Introduction and The Adirondack Playboys - A Family Tradition

Allow me to officially introduce myself - my name... (MORE)

TAUNY has teamed up with littleGrasse Foodworks... (MORE)

TAUNY invites the community to help create a... (MORE)

Lee Knight in Concert at The TAUNY Center

"Children's Literature" is the 2015 Sugar and Spice theme!

Join us for this free open house!TAUNY's Welcome... (MORE)

SeaComm is the latest addition of community... (MORE)

As maple season begins to glimmer in the near... (MORE)

The building of the hydroelectric dam facilities... (MORE)

Traditional Arts in Upstate New York (TAUNY) is a... (MORE)

As we dive into the winter's work here at The... (MORE)

TAUNY is extending an invitation to area knitters... (MORE)

At the annual meeting of TAUNY supporters on... (MORE)

A Call For Your Quilts!

QUILT DOCUMENTATION by appointment through the... (MORE)

Each year TAUNY recognizes legends who have... (MORE)

Following the announcement that Mohawk... (MORE)

On Saturday, August 2nd, the Panache Quartet will... (MORE)

Last week the National Endowment for the Arts... (MORE)

Following its debut at the Grasse River Heritage... (MORE)

The foot traffic was heavy at The TAUNY Center... (MORE)

Stop into The TAUNY Center  this Saturday... (MORE)

Do you have a favorite recipe that includes... (MORE)

Science, Art, and Music in the Mountains is a... (MORE)

Chat with Dairy Farmers at TAUNY this Friday

Adults and children are invited to join Flip... (MORE)

North Country fishermen were once able to... (MORE)

Registrations are being accepted for TAUNYs... (MORE)

Want to join your community in celebrating a... (MORE)

Opening at The TAUNY Center on Saturday, February... (MORE)

Following a break for planning and replenishing,... (MORE)

January at The TAUNY Center

The TAUNY Center  will remain closed until... (MORE)

Health and happiness shall come to thee, should... (MORE)

The TAUNY Center and North Country Folkstore will... (MORE)

A TAUNY tradition for more than a decade, the... (MORE)

Recognition of Chapel Bell Ringers Goes on In Spite of Fire

Are you new to the North Country? Do you want to... (MORE)

Next Concert Up: Lake Placid

You can catch the second in the series of ... (MORE)

Some of the North Countrys finest artists are... (MORE)

TAUNY will host a reading and book signing for... (MORE)

Master Gardeners to Speak at TAUNY

Two Master Gardener volunteers will be at The... (MORE)

Its Spring  Kick Up Your Heels!

Elizabeth (Libby) Brandt of Canton has been... (MORE)

Looking for something unique, creative, and fun... (MORE)

TAUNY will mark the re-opening of The TAUNY... (MORE)

After the close of business on Saturday, December... (MORE)

The People's Choice award in this year's Sugar... (MORE)

Carol Sing with Barb and Danny

This holiday season, we are once again offering... (MORE)

Two local authors will be available at TAUNY on... (MORE)

Anyone with a song to sing or a story to tell is... (MORE)

Series Presentation Focuses on Hazel Tyrrell and Her Birds

The final Folk Art in the Afternoon... (MORE)

Maple sugaring time is coming to the North... (MORE)

Diorama artist Michael Cousino and his images of... (MORE)

Anyone with a song to sing or a story to tell is... (MORE)

Decoys and decoy carvers will be the subject of... (MORE)

Even if you missed the introduction session of... (MORE)

First Jam of the New Year

Ring in the new year at TAUNY's First Friday... (MORE)

TAUNY is joining with other downtown Canton... (MORE)

Dont forget to register your entry in TAUNYs... (MORE)

If you need inspiration and instruction for the... (MORE)

TAUNY to Light Up Downtown with Pumpkin Carving Contest

TAUNY is celebrating one of todays most popular... (MORE)

TAUNY to Light Up Canton with Pumpkin Carving Contest

This October TAUNY will celebrate and encourage... (MORE)

The TAUNY Center is OPENED!

With great excitement and fanfare, The TAUNY... (MORE)

We're Getting Set for Grand Opening!

For months people traveling down Main Street in... (MORE)

A little help from some Saints

At their July meeting, TAUNY's Board of Directors... (MORE)

To accommodate the contractors working on the... (MORE)

TAUNY AT 25 AuctionDon't Miss It!

TAUNY will join Canton in welcoming paddlers and... (MORE)

There is still room in TAUNYs First Thursday... (MORE)

Bottle collectors know that in addition to being... (MORE)

Maple sugaring time is coming to the North... (MORE)

This Week at TAUNY

At the first Board meeting of the new year, TAUNY... (MORE)

Woodcarving for All Ages

Usher in the holiday season with a visit to... (MORE)

Break Through at TAUNY!

It's getting messier and more exciting every day... (MORE)

Construction is underway! In the latest... (MORE)

As renovations begin to the exterior and interior... (MORE)

As The TAUNY Center undergoes renovations, the... (MORE)

Anatomy of a Packbasket, a traveling exhibition... (MORE)

The TAUNY Center and North Country Folkstore will... (MORE)

Storytelling for Children this Saturday

This months Featured Artist at the North Country... (MORE)

During the month of February, visitors to TAUNY's... (MORE)

At the close of "North Country Noggins," TAUNY's... (MORE)

Get in the Holiday Spirit at TAUNY! Surprise gift - louboutin dames for you

Be sure to stop in to The TAUNY Center for all... (MORE)

Woodcarver Ron Riley of Massena will lead a... (MORE)

WORKSHOP POSTPONED, TO BE RESCHEDULED IN... (MORE)

At the annual Member Reception on Friday night,... (MORE)

Wreath orders for 11/21 pickup due Friday

If you wish to pick up your balsam wreath on the... (MORE)

Many new artists have work in the TAUNY... (MORE)

TAUNY is now taking orders for balsam wreaths for... (MORE) 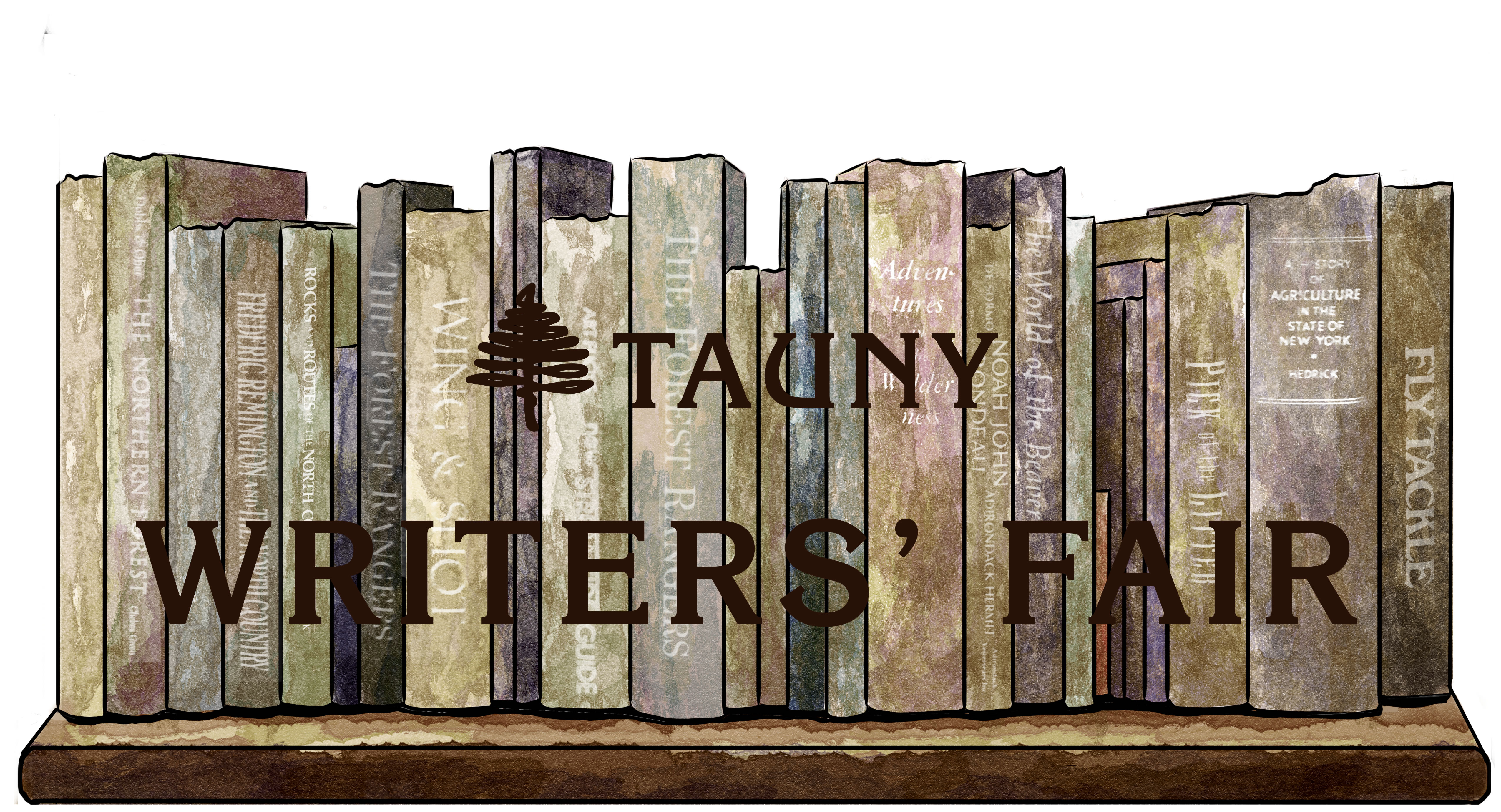 Traditional Arts in Upstate New York (TAUNY) presents The TAUNY Writers Fair, a one-day gathering on May 6, 2017 from 11:00am-6:00pm, at The TAUNY Center. The Fair will include established local writers and publishers of place-based writing, a concept that is tied to TAUNYs mission of encouraging a better understanding and appreciation of a sense of place for the North Country. The featured writers come from across the region and have produced work about topics of Adirondack North Country culture and heritage, natural history, ecology, and more.

The TAUNY Writers Fair attendees will have opportunities to talk with the participating writers, learn about their special topics and techniques, purchase and have books signed, and socialize. The writers will participate in panel discussions with topics including Writing for the General Public, Writing for Children, and Getting Published. Kids are also invited to participate in a special workshop for young children to learn to write stories. Displays of books and periodicals in print will be set up by publishers as well as an exhibit of historical writing from the Special Collections at St. Lawrence University. The afternoon will conclude with selected short readings by several of those authors attending and a catered public reception.

A full schedule of events and list of participating writers are listed below.

The 2017 TAUNY Writers Fair is made possible by generous contributions from the Canton Community Fund and the Friends of the Owen D. Young and Launders Library at St. Lawrence University. NCPR is the media sponsor for this event.

All Writers Fair events are free. The public is encouraged to attend. For more information, contact info@tauny.org.

The TAUNY Center is located at 53 Main Street, downtown Canton, NY. Traditional Arts in Upstate New York (TAUNY) is a nonprofit organization that showcases the folk culture and living traditions of New York's North Country, offering opportunities to experience, learn about, and reflect on issues related to life in our rural region. More information is available at tauny.org.

How to Get Published Panel Discussion [Lois Ann Fitzrandolph, moderator]

PLEASE NOTE THAT THE SCHEDULE IS SUBJECT TO CHANGE.

Creation and Confederation: The Living History of the Iroquois

A Lily Among Thorns: The Repatriation of Kateri Tekahkwi:tha

Boats and Boating in the Adirondacks

Paradise for Boys and Girls: Childrens Camps in the Adirondacks

Found in New Yorks North Country: The Folk Art of a Region

How to Stage a Catastrophe

Escape from Dannemora: 170 Years of Escapes, Tortures, and Infamous Inmates at New York's Most Notorious Prison

Terror in the Adirondacks: The True Story of Serial Killer Robert F. Garrow

A Hug for Harriet

A Drop of Ink: Poems by Dale Hobson

New York Amish: Life in the Plain Communities of the Empire State

Over the Mountain and Home Again: Journeys of and Adirondack Naturalist

Towards Polaris: A Novel of the Adirondack Foothills

Everybody Knows and Nobody Cares: A Novel

Dog Hikes in the Adirondacks